Major changes in any established regulation cause great uncertainty and the recent revisions made to the financial industry’s governance are no exception. Indeed, the law firm of Davis Polk & Wardwell estimates that 243 new rules will be developed by 11 different government agencies as a part of the Dodd-Frank Wall Street Reform and Consumer Protection Act.1 What is misleading, however, is the notion that the act focuses only on the financial services industry. In reality, this ‘financial reform’ represents a Washington power grab that extends far beyond the confines of Wall Street and will undoubtedly affect almost all Americans.

StrategyDriven questions whether these intrusions into non-financial sector areas will really help prevent future meltdowns like that which took place in 2008. The fact that other sectors are included simply broadens the span of government control and scope of market uncertainty which will further hinder economic recovery and growth as these other sectors must now also come to grips with the regulatory changes; changes that are not likely to be defined for years to come.

While StrategyDriven has already spoken out against the quota system enacted under Section 342 of the Dodd-Frank Wall Street Reform and Consumer Protection Act, we have not yet discussed the breadth of organizations covered by this rule. Under this provision, Congress and the President extended the regulation not only to financial institutions but to the many organizations providing services to these institutions. Service organizations named within this section of the regulation include accountants and providers of legal services.2

In its attempt to be all inclusive in financial matters, Congress and the President provided the Bureau of Consumer Financial Protection regulatory authority over non-depository organizations such as payday lenders, debt collectors, and consumer reporting agencies. In these cases, the Bureau is provided the authority to prevent unfair, deceptive, or abusive acts or practices although the Dodd-Frank Act is vague about what this actually means. The Bureau also has the authority to “require reports, conduct examinations, require certain record-keeping requirements, prescribe other rules to ensure that such entities are legitimate entities and are able to perform their obligations to consumers.”4

It is of particular interest to note that several non-depository institutions and activities having at least an equally significant financial impact to consumers were expressly excluded from this regulatory oversight including real estate brokerage activities, accountants, and tax preparers.5

It goes without saying that greater transparency contributes to greater accountability and that is a good thing. However, StrategyDriven questions whether employees in general or members of Congress and the President would themselves be willing to be held to these standards; particularly the say-on-pay, pay versus performance, and clawback provisions. It is also worth noting that no provisions of the Dodd-Frank Act directly address the awarding of large ‘golden parachute’ payouts to failed executives upon their departure.

The significant marketplace uncertainty created by the Dodd-Frank Wall Street Reform and Consumer Protection Act will not end anytime soon – the need to define 243 new rules will see to that. It is clear the impact of this law extends well beyond the boundaries of Wall Street and that it is important for all company leaders to understand how their organization may be affected. In addition to our previously recommended actions, StrategyDriven suggests organization leaders:

While the purpose of this editorial was to focus on the non-financial sector institutions included in the so-called ‘financial reform’ act we would be remiss for not identifying the unconscionable absence of Fannie Mae and Freddie Mac from this legislation. These two institutions played such a significant role in the financial collapse of 2008 that it is unreasonable to think Washington politicians wouldn’t conclude that some change in the regulation of these mortgage giants was needed. The fact that payday lenders and debt collectors are included in the Dodd-Frank Act and Fannie and Freddie excluded from meaningful regulatory change (Fannie and Freddie received two minor mentions in the 1,500 page Dodd-Frank Act)7 suggests Congress and the President are either not serious about preventing a future financial system meltdown or had their interests better served by the omission. Either way, the American public lost in this deal – $135 billion in outstanding debt to the American taxpayer as of this editorial’s publication.8 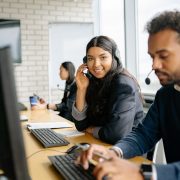 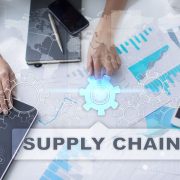 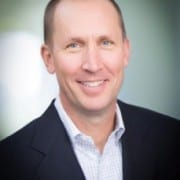 Three Strategies for the Sales Organizations of Fast Growth Companies 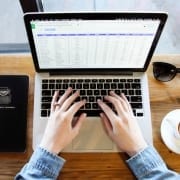 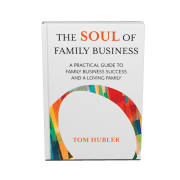 What’s the Deal? 3 Steps for Entrepreneurs & Spouses to Live Happily Ever After