Just as companies have books of business and corporate cultures, so do individuals, who in turn populate and influence organizations. Last month, there were two of my columns on defining and recognizing what contributes to a Body of Work. The first used the analogies Fine, Aged Cheese and Valuable Antiques. The second looked through the analogies and focused upon business strategies and methodologies.

I’m taking the same two-phase approach this month. This column looks through the prism of music and salutes the famed composer Burt Bacharach as the analogy for a fine, rich and definitive Body of Work. Next week’s follow-up takes it back to business and includes most of the great lessons of life that I successfully learned and applied.

At the beginning of my career, I was a radio DJ. I started in 1958, a golden period for music. Because Payola was looming as an issue in our industry, we were required to keep logs of the songs that were played, containing the labels on which they appeared, the names of the composers and other information. In today’s industry, that would all be on spreadsheets. However, the manual writing of spreadsheets gave us the chance to digest and learn from the information, developing the skills to better program for our audience. To this day, I can look at the label of a record and, judging by the serial number, can tell you its date of release.

A bunch of records were in the Top 40 at that time: ‘Magic Moments’ by Perry Como, ‘Story of My Life’ by Marty Robbins, ‘The Blob’ by the Five Blobs, ‘Another Time Another Place’ by Patti Page and ‘Hot Spell’ by Margaret Whiting. I zeroed into the fact that the music composer of all these diverse hits was Burt Bacharach, though the lyricists were different names.

It occurred to me that this was a talent to watch, as I was already familiar with established composers such as George Gershwin, Cole Porter, Irving Berlin and others. I sensed early-on that Bacharach would belong in that upper echelon on Tin Pan Alley icons. Concurrently, I became familiar with the work of other young emerging music composers, such as Carole King, Buddy Holly, Paul Anka, Barry Mann, Neil Sedaka, John Lennon and Paul McCartney.

Throughout the 1960’s, the music of Burt Bacharach and lyricist Hal David was everywhere. In the rock era, there were still hits and radio airplay for easy listening music, ballads, movie title songs and the like. The playlists were balanced and gave the public a full array of musical styles.

One could spot a Bacharach tune because it had a definable style. Bacharach himself played piano on and conducted many of the important hits. His arrangements fit the performers and needs of each piece. Yet, the hits had identifiable traits of a Bacharach production. Many talented artists wanted to record his songs, with his arrangements. The public sought out recordings with his hits. All of that represents Body of Work for a composer.

Through the 1960’s, Bacharach broadened and experimented in creative directions. There was a Broadway show, a TV musical revue, movie soundtracks and movie tie-in tunes. He hosted TV specials and performed concerts of his music.

In the decades of the 1980’s, 1990’s and 2000’s, newer fans and younger generations kept discovering Burt Bacharach. His old songs spoke to them, were updated and re-recorded. He collaborated with other musical talents (Elvis Costello, Carole Bayer Sager and James Ingram). Every decade, he kept getting rediscovered and re-recorded. There were tribute concerts and retrospectives. The Body of Work stood the test of time and appealed to wider audiences.

With the renewed interest in Burt Bacharach came the reissues of recordings. With the popularity of CDs came the retrospectives of his early work. Being a Bacharach fan, I acquired the compilations and fell in love with a whole new earlier Body of Work.

There were songs that I had played on the radio but had not realized that they were by Burt Bacharach. These included ‘You’re Following Me’ by Perry Como, ‘Be True to Yourself’ by Bobby Vee, ‘Keep Me in Mind’ by Patti Page, ‘Heavenly’ by Johnny Mathis, ‘Take Me to Your Ladder’ by Buddy Clinton, ‘Along Came Joe’ by Merv Griffin, ‘Mexican Divorce’ by The Drifters, ‘The Night That Heaven Fell’ by Tony Bennett, ‘Blue on Blue’ by Bobby Vinton and ‘Don’t You Believe It’ by Andy Williams.

Then came the motherlode. I started discovering all those songs from Bacharach’s early Body of Work that I had never heard before. As a Bacharach fan since 1958, I found myself in the same company as the younger music fans who have discovered his work and found relevance to their contemporary lives.

My own personal favorites from these compilations (highly recommended that you hear, buy and download) include:

What I found in these musical gems was magical. Many of those songs stood on their own merits, serving the needs of the performers at the time. They served as building blocks for what became the definitive Bacharach sound.

That is the way that I am with business wisdom. I continually dust off old chestnuts and reapply them for clients, in my books, through my speeches and in sharing with mentees. The case studies become the substance of what we provide future clients. We benefit from going back and learning from our own early Body of Work, assuming that we strategized our career to be a long-term thing, as Burt Bacharach did.

Everything we are in business stems from what we’ve been taught or not taught to date. A career is all about devoting resources to amplifying talents and abilities, with relevancy toward a viable end result. Failure to prepare for the future spells certain death for businesses and industries in which they function.

A rich and sustaining Body of Work results from a greater business commitment and heightened self-awareness. None of us can escape those pervasive influences that have affected our lives, including music and the messages contained in songs. Like sponges, we absorbed the information, giving us views of life that have helped mold our business and personal relationships. 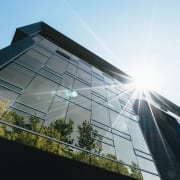 How to Speak American: Building Brands in the New Heartland 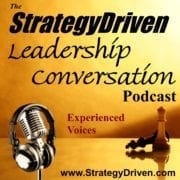 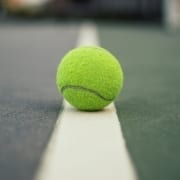 Three Ways to Establish a Baseline for Your Brand-New Business 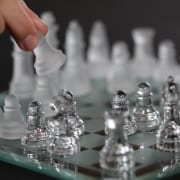 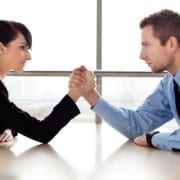 How businesses can benefit from green tech investments
0 replies

Corporate Cultures – Culture’s Impact on How Work Gets Done