I got an (unsolicited) email offering a webinar to teach me about how to measure, and the importance of measuring, the ROI of social media.

TOTAL JOKE. And a bad one at that.

Social media, business social media, is running wild – with or without you. Your customers and prospective customers are posting on Facebook whether you have the balls to have presence there or not.

And I am not just talking to companies – I am talking to YOU – the individual.

HERE’S WHAT THEY SHOULD MEASURE: LRI otherwise known as Lost Revenue (and goodwill and customer loyalty) of Idiots.

While Macy’s and most other department stores are/were measuring ROI, Zappos is cleaning their clock, delivering value, connectingwith and responding to customers one on one, and building a billion dollar empire in less time than it took Macy’s to expand to a second store 100 years ago.

Webinars on the subject of ROI of social media are likely run by the same people who thought Amazon.com wouldn’t make it. If Bezos measured the ROI at Amazon in the first five years, he would have quit. He accomplished domination while Barnes & Noble was measuring ROI, and Borders was going broke.

Amazon now has total market dominance based on leadership, vision, and technological excellence. Same with Apple. Microsoft used to laugh at them, now their employees all have iPads and iPods at home.

Measure? No, INVEST RESOURCES IN SOCIAL MEDIA WITHOUT MEASURING. NOW!

It’s way too soon to measure.

MAJOR POINT OF UNDERSTANDING: If they had measured the ROI of TV, or the computer, or the automobile, or the telephone, or the Internet after 5 years, NOBODY would have gotten involved, and we’d be in a technological bog – sinking.

Wake up and smell the opportunity!

My bet is people who measure the ROI of social media HAVE NEVER TWEETED. Wanna take that bet?

I define these people as the ones who still have a small rubber circle in the middle of their keyboard – completely out of touch with what’s new, and trying to prevent the unstoppable force of progress, and customers.

Billion-dollar MIS-MEASUREMENT: Bank of America DIDN’T measure or understand the power of Facebook. They were greedily measuring increased revenue from debit card customers. Their billion dollar loss paled in comparison to their complete loss of goodwill. I doubt they will recover in a decade.

All of those companies are/were foolish.

There’s one company you want to take their time, measure nickels, rely on lawyers, and stick their big toe in the water before getting involved – that one company is your biggest competitor.

Here’s an easy plan to get rolling in a week or two:

1. Gather the email addresses of EVERYONE in your world.
2. Create a first-class, well tagged with key words, business page on Facebook, LinkedIn, and Twitter.
3. Start a YouTube channel by inviting your customers to film WHY they bought from you.
4. Map out a strategy, and goals for engagement, for Facebook, LinkedIn, Twitter, and YouTube.
5. Assign someone to monitor, post, and RESPOND to all who engage.
6. Create six value-based messages, two each for Facebook, LinkedIn, and Twitter.
7. Shoot 2-3 value-based (something your customers could use) videos and post them on YouTube.
8. Invite all of your customers to join you by sending examples of your value messages. I recommend one campaign per media for four weeks – but have links to all in each email.
9. Post something every day on Facebook. Tweet something every day. Link with 2-5 people every day. Post one video a week.
10. If you really want to create some buzz, convert your contacts to Ace of Sales (www.aceofsales.com) – and send emails that differentiate yourself from the competition.
10.5 Only listen to your lawyer if they tell you what you CAN do. 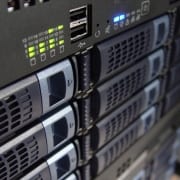 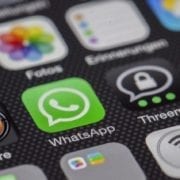 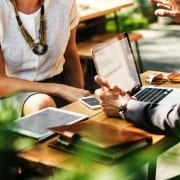 Green Business Guide How to Make Your Business More Eco-Friendly 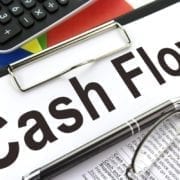 Get the Yes: Winning Funding, RFPs, and Grants
0 replies

Budget Management Best Practice 2 – Monitor the Market and Be Prepared...
Scroll to top