We went to visit the Eiffel tower again. Our fourth visit in five years.

What do you know about the Eiffel Tower?

When it was built it was, to say the least, the most controversial structure of all time. Hundreds protested it, criticized it, campaigned against it, said it was a disgrace to architecture, and predicted it would be the ruination of Paris.

The story is fascinating. You can read about its history on Wikipedia, where I learned, “Some of the protestors eventually changed their minds when the tower was built. Others remained unconvinced. Guy de Maupassant supposedly ate lunch in the Tower’s restaurant every day. When asked why, he answered that it was the one place in Paris where one could not see the structure.”

EPILOG: The tower was built to world acclaim. It’s one of the most impressive structures in the universe. It’s not just stunning to look at, it’s also inspiring to be in its presence. An estimated 10 million visitors a year visit to admire its glory. It is the heart and soul of Paris, France, and it’s the symbol by which the city has been known for more than 100 years.

At the base of his tower there’s an amazing statue to honor Gustave Eiffel. Interesting to note that NONE of the people who criticized him have statues at the base.

How much more wrong could the protesters and critics have been?

Call it what you will, a naysayer, by any other name, is just that.

And what are these people really saying?

Do these critics (pundits) ever offer answers, ideas, or recommendations?

Critics try to label the ‘wrong-doers’ into a group for easier identification – unions, teachers, liberals, conservatives, left, right, or in your familiar terms: the competition or the purchasing department.

THINK ABOUT IT: It’s never everyone is it?

And of course, today’s world paints criticism as some sort of pious, politically correct, and necessary element of society. REALITY: People criticize to suit themselves, further their agenda, or even make the sale.

In the late 1800’s, Finnish composer Jean Sibelius said, “Pay no attention to people who criticize. No statue was ever erected to a critic.” And in the late 1960’s, the great Glenn W. Turner added, “But the people they have criticized, many statues have gone up.”

Makes me stop and think. I hope it does the same for you.

Got statue? Or are you just criticizing?

How much of your time is wasted criticizing other people, their ideas, or their thoughts? And how could you be investing that time to build your own monument? Your own Eiffel Tower.

YOUR REAL JOB: Convert your criticism to answers, resolve, solutions, and responsibility. You’ll be thought of as a thinker, make more sales, build stronger relationships, earn a better reputation, be seen as a resource, and be a happier person.

Dale Carnegie, author of the 70-year bestseller, How to Win Friends and Influence People, nailed it in 1915 when he penned his most dominant principle, “Any fool can criticize, condemn, and complain (and most fools do).”

There should be a law that says all criticism must be followed by a solution, an answer, a resolve, or an idea. That would shut a lot of people up – or at least make them think and see the positive side of things.

FOOTNOTE: Apple just released the much anticipated iPhone 5. The critics lined up to tell you how it ‘falls short’ or ‘disappoints’ or some baloney about speed or connectivity or maps or keyboard. They gave it three and a half stars. Meanwhile Apple, in spite of the jackass critics, has sold ten million phones in the first 30 days for $400 a device. Do that math. I wonder how much critics earn?

Free GitBit: If you’re looking for a change of language to launch your new ‘criticism-free’ lexicon, I’m making available eight pages of positive quotes and ideas from Dale Carnegie. Go to www.gitomer.com, register if you’re a first-time visitor, and enter the words CRITIC in the GitBit box. 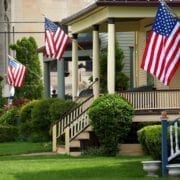 Leadership Inspirations – Bringing the Future into the Present 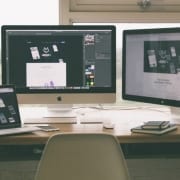 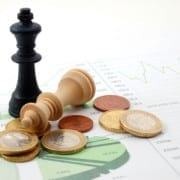 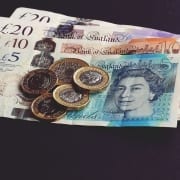 What To Do When Unexpectedly Coming Into Money 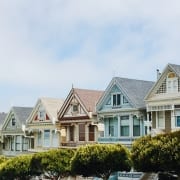 A Beginners’ Guide to Investing in Real Estate

Remembering What It Means To Be American
0 replies