We just had the first live TV musical play extravaganza on television after a 50-year hiatus. The production was The Sound of Music, starring Carrie Underwood. This TV special got a lot of attention because it was unique live, just like opening night of the Broadway show on which it was based.

Truth is that throughout the 1950’s (the Golden Age of Television), there were comparable live TV extravaganzas on the air every night of the decade.

Many of them were consistently great. They were live, in real time. They had top talent behind them. They were well rehearsed. They had the adrenaline of ‘going live,’ and they shined with luster.

Among those crown jewel TV moments were:

I have those any other live TV gems on DVD. I watch them to experience the magical energy of live performances.

Many of us remember writing the college theme paper the night before it was due. We recall compiling the case notes or sales projections just before the presentation meeting.

The truth is that we do some of our best work under pressure. We might think that the chaos and delays of life are always with us, but we handle them better when on tight time frames.

Before you know it, you’re on deadline again. Even though the tasks mount up, you have a knack for performing magnificently under deadline, stress and high expectations.

This is not meant to suggest putting off sequential steps and daily tasks. Learn when deadline crunch time is best to accomplish the optimum business objecftives.

I’m a big advocate of Strategic Planning and Visioning. Every company needs it but rarely conducts the process because they’re knee-deep in daily minutia.

I know from experience that planning while going through the ‘alligators’ is the most effective way to conduct the process. By seeing the daily changes resulting from the planning, companies are poised to rise above the current daily crises. I recommend that diversity audits, quality control reviews, ethics programs and other important regimen be conducted as part of Strategic Planning, rather than as stand-alone, distracting and energy diverting activities.

Those of us who grew up working on typewriters know how to master the medium. You had to get your ideas on paper correctly the first time, without typographical errors and with great clarity. The first time that I worked on a computer was when I was 40 years old. I took that typewriter mentality with me when I had to compose a brochure and do the desktop publishing graphics in the same two-hour window where I was learning how to work on a computer.

There were years where I kept the typewriter on the work station next to the computer. When I had five minutes to write a cohesive memo and fax it off to the client, I wrote it on the typewriter. Though I wrote all my books on computers, I wrote the modern technology chapters on the typewriter, to make points to myself that the readers could never have grasped.

In mounting your next strategic Planning process for your company, go back and analyze what elements from the past can be rejuvenated as your future. That’s a trademarked concept that I call Yesterdayism.

With planning and organizing, you can meet and beat most deadlines without working in a pressure cooker. Don’t work and worry yourself into exhaustion over every detail. Sometimes it makes sense to move the deadline to the 11th hour. Having too much time to get projects accomplished tends to breed procrastination.

Here are my final take-aways on the subject of doing your best work when on last-minute deadlines:

This article was written in one hour, just before the impending deadline. 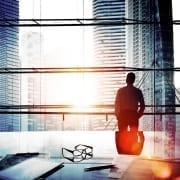 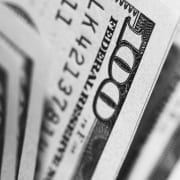 ‘Woman Up’ (and Win in Business): How Valuing Traditionally Female Strengths Gives You an Edge in a Changing World 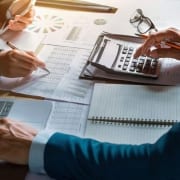 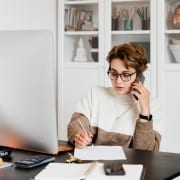 4 Signs It Is Time to Upgrade Your Business Telecom System

What is the importance of pre-money valuation For Your Business?

Click here to see all of our StrategyDriven Service Providers…
It’s The Consensus, Stupid*