The problem with accurately hearing what others mean to convey is not that we don’t hear their words accurately. The problem is in the interpretation. During the listening process, our brains arbitrarily filter out, or reconfigure the uncomfortable, unknown, or confusing, to make what’s been said match something we’re more familiar with. And it fails to inform us of its creative editing.

As a result, we’re left understanding some fraction of what our Communication Partner(CP) meant to convey. So if I say ABC and your brain tells you I’ve said ABL, you not only have no way of knowing that you’ve not understood my intended message, but you’re thoroughly convinced you heard what I ‘said’. Obviously, this interpretation process puts relationships and communication at risk.

While at a meeting with co-directors of a company to discuss possible partnering, there was some confusion on one of the minor topics:

John: No, SDM, you said X.
SDM: Actually I said Y and that’s quite a bit different.
John: You did NOT SAY Y. I heard you say X!!!
Margaret: I was sitting here, John. She actually did say Y. She said it clearly.
John: You’re BOTH crazy! I KNOW WHAT I HEARD! and he stomped out of the room. [End of partnership.]

As our brains haphazardly and unconsciously interpret for us, we naturally respond according to what we think we heard rather than what’s meant, restricting creativity, collaboration, and relationships.

How, then, do we have unrestricted conversations? Find ways to expand possibilities? Hear what others mean to say? Know how to take appropriate action, or negotiate creatively? I found the topic so interesting that I wrote a book on the gap between what’s said and what’s heard, the different ways our brains filter what’s been said (triggers, assumptions, biases, etc.), and how to supersede our brain to hear accurately (2 free chapters of What? Did you really say what I think I heard?).

One way our brains restrict our conversations happens when we enter with a preset agenda and unconsciously tell our brains to ignore whatever doesn’t fall outside the category. So when sellers listen only for ‘need’ they miss important clues that would exclude or enlist the CP as a prospect. A coaching client of mine had this conversation:

And the prospect hung up on him. Because the Seller used the traditional Buying Facilitation® opening for a cold call which welcomes prospects into a collaborative conversation, the prospect was willing to speak. But he lost interest when the Seller ignored his invitation and switched to taking care of his own needs with a pitch.

SDM: What happened? He told you he’d speak next week. And why did you speak so quickly?
Paul: He had enough time to answer the phone, so I figured I’d try to snag him into being interested. I spoke fast cuz I was trying to respect his time.

And this is a very simplistic example. Here is another one:

Halfway into a sales call, my client got hooked on his own agenda and didn’t hear reality:

Prospect: Well, we don’t have a CRM system that operates as efficiently as we would like, but our tech guys are scheduled 3 years out and our outsourcing group’s not available for another year. So we’ve created some workarounds for now.
Seller: I’d love to stop by and show you some of the features of our new CRM technology. I’m sure you’ll find it very efficient.
And that was the end of the conversation. He should have heard his intent and replied:
Wow. Sounds like a difficult situation. We’ve got a pretty efficient technology that might work for you, but obviously now isn’t the time. How would you like to stay in touch so we can speak when it’s closer to the time? Or maybe take a look at adding a few bells and whistles now to help out a bit while you wait?

By hearing and respecting the prospect’s status quo the seller would have created a ‘We Space’ where they both shared the same goals, and kept them speaking over time. Not to mention it would have been respectful. But the sellers, in both instances, only listened for what they wanted to hear and misinterpreted what was meant, and followed their own agenda at the cost of a real prospect.

We restrict possibilities when we enter calls with an agenda. We:

Here is a short list of ways to alleviate this problem (and take a look at What? for more situations and ideas):

Prospects are those who will buy, not those who should buy. Enter each call to form a collaboration in which together you can hear each other and become creative. Stop trying to qualify in terms of what you sell. You’re missing opportunities and limiting what’s possible. 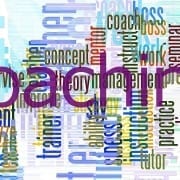 Turn Your Managers Into High-Growth Coaches With These 4 Steps 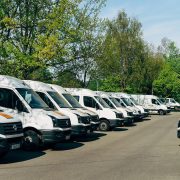 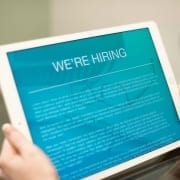 3 Questions To Ask Yourself Before Hiring Your First Employee 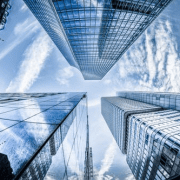 Taking Inspiration From Google For Your Business Premises 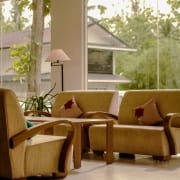 Three Qualities Your Medical Practice Can’t Be Without 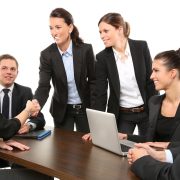 Click here to see all of our StrategyDriven Service Providers…
Even with Advanced Messaging for Business, Nothing Trumps a Classic Convers...

How To Be A Leader Who Gets Real
Scroll to top