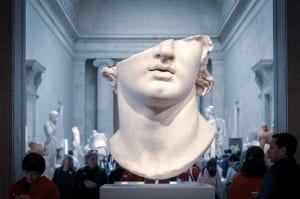 Can someone be luckier than the young girl from Congo who discovered The Incomparable? As estimated to be worth $55 million, this diamond adorns the world’s most expensive necklace. That’s just one example of how collecting rare items can land you an unexpected fortune. Your grandfather might’ve owned an ordinary car back in the ’40s. He probably never thought it would become a vintage object in the future. Now you can sell this vehicle for millions of dollars. Do you know how rare William Shakespeare’s signatures are? Do you have a copy of Gutenberg’s first print of the Bible, or does your family own a book signed by its long-dead author? You can make easy money by selling an authentic photograph of Billy the Kid. A croquet picture of the American outlaw valued almost around $5 million in 2015. That’s how much people are willing to pay for rare collectibles. Collecting stuff is a healthy hobby. And, if you can contact the right pawn shop, this hobby often turns into sweet green. The requirements for a fortune-landing collectible are simple. They must be old, rare, and in demand. Below is the list of ten collectible items that can make you a millionaire in no time.

Books have always been a real attraction for the masses. Some have caused revolutions in human history, and some have changed our perception of the world. No wonder if da Vinci’s Codex Leicester gets sold for $31 million. You may have some rare first prints of the Harry Potter series in your attic. Signed copies by J. K. Rowling can earn you up to $2000. If you have first editions of the Kite Runner or the Twilight, that’s some treasure you’re sitting on right now.

A wedding ring worn by your grandma can be worth millions today. There are gold watches with a price tag of more than ten million dollars. The 1933 Double Eagle gold coin is worth $7.5 million. Gold items can be sold for more than their face value if they have a history attached to them. If you are looking for an authentic platform to sell some gold, try Meriden Pawn in Connecticut for smart and secure trading. Jewelry will always keep its place among the most expensive collectibles in the world.

The purpose of trading cards is for people to collect them. Kids have been collecting Dragon Ball, Pokemon, or Dual Masters cards for ages. The T206 Honus Wagner baseball card is supposed to be a rare collectible. These cards bring people into debates about their authenticity. A unique Pikachu Illustrator Card has only six copies left in the world, and each one will cost you a hundred thousand dollars. Your playable collectibles can make you productive overnight.

What if your ancestors went to see Gone with the Wind and brought back a poster? Is it likely for you to have an old poster depicting Marilyn Monroe’s signature skirt? These things do have their market among connoisseurs. In 2012, a guy paid a million euros for nine vintage posters, including one from Metropolis. Someone paid $435 thousand for a one-sheet poster of The Mummy (1932). Even the relatively-modern ones from Casablanca and Pulp Fiction can easily make you a lucky fellow.

Stamps collection is one of the most common trends among collectors. This hobby isn’t always just-entertainment. Sometimes, you find in your possession a rare vintage stamp that is now worth millions. Only two Benjamin Franklin Z Grill postage stamps are in existence today. One in the ownership of William H. Gross is worth $3 million. The same goes for Inverted Jenny, Hawaiian Missionary, and Black Empress; all these stamps are valuable collectibles and are worth a fortune. The mistake of a careless printer can be the source of someone’s wealth.

If you were a fan of Nintendo games in the ’90s, you might be hoarding an expensive collectible. In 2010, the only known complete version of Atari’s Air Raid made a sale of $33 thousand. Possessing a rare copy of Tetris or Birthday Mania can be your key to untouched wealth. These video games have now become a cultural obsession because of their rarity and previous popularity. Atari only produced one cartridge of Gamma Attack, which is now worth $50 thousand. That’s how much you can make if you’ve carefully preserved your childhood memories.

Yes, dolls aren’t just for girls to play with interestingly. Some toys are worth millions if people count them as collectibles. A Barbie doll from the late ’50s can land you a quick fortune. A porcelain doll made 80-100 years ago is a luxurious vintage item. In 2014, an auction house sold one such Parisian collectible for $300 thousand. There are multiple ways to determine if your doll collection is a treasure or not. The mark of the manufacturer matters just as the age of the doll does.

Collecting coins is probably the second most common hobby after stamps. Some people have an obsession with gathering coins from different countries. Others go a step further and try their luck with the currency of the past. It’s sporadic to find coins buried in the earth. But you may have some vintage ones in your collection. Flowing Hair Silver is the costliest coin in the world. Someone bought it in 2013 for an incredible sum of $10 million.

Possessing an old comic book or the first print of a famous manga can be quite rewarding. A 1938 comic book depicting the first appearance of Superman made $3.2 million in 2014. The hapless guy who owned this collectible started the bid at 99 cents. But eBay proved to be quite generous to Darren Adams. Two hours into an auction and people were offering millions to purchase the debut issue of Clark Kent. If someone in your family loved DC/Marvel, you should try your luck with their belongings.

If you have an action figure in pristine condition, it can get sold as a rare collectible. A Darth Vader or Babe Ruth action figure is worth thousands of dollars. In 2009, an auction sold a 1963 GI. Joe figurine for $200 thousand. Do you know that there exist only two Elastic Batman figures left in the world? These stretchable collectibles are worth a lot of bucks. The market’s quite crazy for Star Wars action figures if you have the rarest pieces. The Goku Yardrat Variant Full Action Figure is so unique that only a few photographs of it are available online. It’s one of the most sought-after collectibles in the world of anime.

A 2000 research suggested that 73 million American citizens were collectors. It means that around 35% of the US population used to collect vintage items. Pamela Danziger stated that most Americans collected coins, figurines, trading cards, and dolls. From books and cars to Victorians and autographs, collectibles make a vast industry. A Forbes study revealed that collectibles constitute a $200 billion market. Therefore, there’s a good chance you’re one of those lucky guys with a rarity in his/her possession. So, start going through your memorabilia because a fortune’s waiting for you. 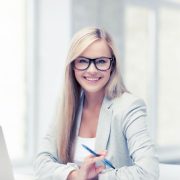 6 Characteristics of an Effective HR Manager 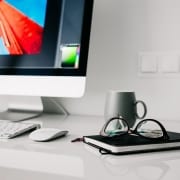 Still making goals and resolutions? Why?

Leadership Inspirations – What Leaders Do 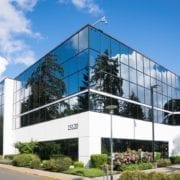 The Big Picture of Business: Putting Budgeting Into Perspective, The Bigger Picture of Strategic Planning
0 replies

How to Use Website Design to Drive Digital Marketing

Renting vs. Purchasing Construction Mats: Which Option Is Right for Your Business...
Scroll to top