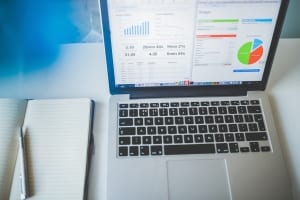 Business analytics is a process in which businesses improve their operations by using statistical models to analyze data. They compare historical and current data and try to make adjustments where applicable to improve future performance. Business analytics’ first usage was in the late 19th century but did not become standard practice until the 1960s.

Once companies really began to use business analytics, they quickly developed an edge over the competition. There has always been a level of adaptation that companies have made to keep competitive. However, the use of analytics gave companies the ability to look deeper into the data and discover more useful information to improve business.

Gathering statistics and analyzing them to try to find useful information only works if you are collecting the right statistics. It is easy to get bogged down in the wrong information and draw false conclusions from statistical analysis. Any data set taken out of context is likely to lead analysts down a false path. All of the relevant information must be gathered and compared in order for analytics to truly be useful.

New Coke Was Delicious… And Terrible

Gathering a data set in a vacuum can lead to tremendous business blunders. Take one of the biggest marketing failures of all time: New Coke. The blind taste tests conducted by both Pepsi and Coke showed that the majority of people preferred the taste of Pepsi to the taste of Coke.

Then after developing a new formula, Coke ran over 200,000 taste tests. The results showed definitively, that people preferred the flavor of New Coke to both that of old Coke and Pepsi. Then we all know what happened. Consumers hated New Coke and demanded a return of their original beverage. After three months, Coca-Cola Classic made a return, and everyone was happy.

The researchers did not gather all of the relevant information. One of the key pieces of information they overlooked was that people don’t typically only drink a couple of sips of a cola. They usually drink a can or a bottle. Some people drink several cans a day. For many, the sweeter taste of New Coke was not as palatable in large quantities as the original.

They also didn’t gather information about why people drank Coke. Pepsi was working very hard to be the “cool cola”, aiming at taking the youth market. Many of the people who stuck with Coke were about brand loyalty and nostalgia. They liked the beverage they had and were not looking for a change.

Had Coke done a proper analysis of the statistics, they would have looked at who was drinking Coke and why. By doing so, they would not have made such a mistake. Either they would have scrapped the idea of New Coke altogether or offered it as an additional beverage rather than an alternative.

Instead of replacing Coke, if they had continued to sell Coke Classic, but also offered “Coke Youth” to try to pull back some of the consumers they had lost to Pepsi, maybe people would still be drinking Coke Youth today, right alongside Coke Classic.

Despite an abundance of usable statistical information, it took a while for sports to follow in the footsteps of business in the use of analytics. Once they started using analytics to improve individual and team performance, however, they began to quickly perfect its usage.

While they may look big, sports organizations are relatively small businesses. Because of this, their analytics departments aren’t nearly as big as big banks or global retailers. As a result, they have to outsource a lot of their analytical needs. This has led to the creation of many sports analytics companies. The use of football analytics software enables these companies to provide needed information to clubs across the league.

One of the best usages of analytics that sports organizations have used, which businesses could greatly benefit from, is the effect of individual performance upon the team. Sports teams are able to assess the potential contributions of players beyond their individual statistics. Some players don’t put up the most impressive numbers but are able to elevate the level of play of those around them.

Some team members, whether in sports or business, are key to the success of the group. They are not valuable because they shine themselves, but because they help everyone around them to impress. Proper use of analytics can help businesses to make these determinations and so much more. The data is all there. It simply needs to be gathered and correctly analyzed in order for your business to thrive.