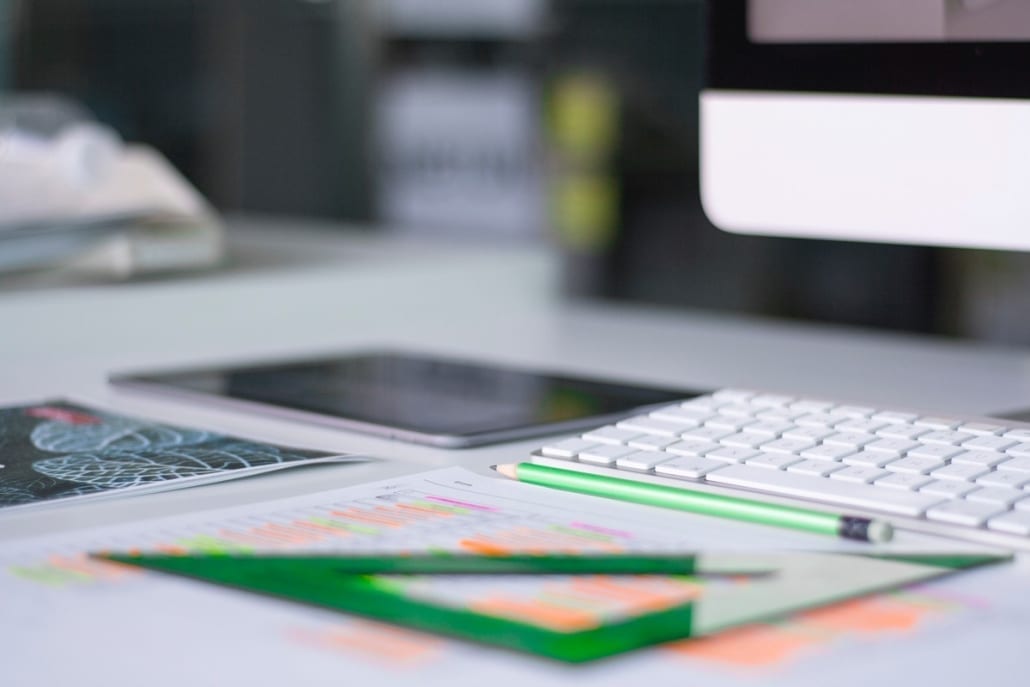 For the connoisseur of Agile project management, Scrum is undoubtedly shown up on your “To Do” list. First formulated as an Agile strategy to assist software development teams in pursuit of sustainable project initiatives, the method has since found roots in a number of cross-industry projects.

Now, for those relatively new to Agile, Scrum can be thought of as an empirically-oriented strategy of project management, delivering the highest-valued outcomes with a focus on fluid adaptation. It’s footprint is small; Scrum teams strive to reduce waste by organizing work in short bursts, typically two weeks in length. The method loves focus, commitment and introspection to influence adaptation.

To best pursue Scrum, a team has to use retrospectives. Retrospectives are a vital instrument that triggers actions and serves as the ideal launchpad to changing team behavior. Any team identifying Scrum as a strategy would be wise to consider how powerful retrospectives can change the face of their product outcomes with a self-aware and dynamic approach to project management.

So… what exactly is a retrospective?

For your Scrum team, a retrospective is conducted at the conclusion of an iteration. An iterations is a short project schedule, typically ranging between one and four weeks in length, with two weeks being ideal. Keeping iterations as short as possible is key to Scrum’s success; it’s all about avoiding dragging out poor performance strategies, which means minimizing the time they’re in use.

At the conclusion of these iteration cycles, teams are tasked with reflecting on observations during this time period. Specifically, teams are faced with a combination of hard data and anecdotes and asked to consider how well everyone worked together and what problems influenced their team and individual performance.

How do you hold an Agile retrospective?

The environment for the retrospective needs to feel like a safe, open discussion forum; it simply won’t work if team members don’t feel that there’s space to share what amounts to criticism. When looking to introduce the retrospective into your Agile/Scrum team, consider the five step method for conducting a retrospective:

Let’s delve further into each of these retrospective steps.

The retrospective meeting doesn’t have to take off at high speeds. Let your team warm up before diving into the substance of the meeting.

Throw out a question for the team and ask for a think/pair/share scheme; it’s a classic discussion method used by school teachers. Let your coworkers come up with their own answer to the question, which might be something like, “What’s one moment from this past iteration that sticks out as a true ‘lightbulb’ moment?”

They’ll then share with a partner, discuss together and bring to the bigger group. It’s a great way to gauge the room, gather further thoughts and navigate the direction of the retrospective.

There are a myriad of ways to structure a retrospective on data and produce hyper-efficient results, and there really isn’t any single perfect approach. With that said, let’s think about some general ways that can serve as launch points for obtaining data.

A common method to think about is the sailboat method. Think of it like this: the wind that pushes the boat ahead represents items in the data that assist the team in performing well. Anchors are pulling the team down, keeping them from forging onward in their pursuit. Organizing data into these columns, wind and anchors, will help the team think visually about what metrics can be pinpointed as an absolute success and what needs improvement.

Retrospectives also don’t have to be too quantitative in terms of the data points, or even discussing about areas of improvement. Consider a method called “Success Criteria”. This strategy centers around clearing up what the intentions are as a unit and targeting outcomes and results for success. You plan for the success of a goal, but you also try to prep by thinking ahead about what total and complete failure could look like. You list out your intentions in precise terms and what the target is for a project, and by considering the worst-case scenario, you’re able to minimize being caught off guard.

After you’ve assembled your data, it’s time for the main event: the discussion. Get ready to bundle up problems, ideas and opportunities in a way where actionable measures can be taken.

An Affinity Map is a key Scrum retrospective technique for insights. Take one post-it with an idea and put it in a group; grab a second and decide if it belongs in the same group. Once the groups are formed, attach names to the groups and decide which post-its are most important, taking note of how big the clusters are and the overall themes of the notes.

In this final step, you’ll think get to move forward with actionables. Use the method of “Start, Stop and Continue” originally brought forward by Esther Derby and Diana Larsen.

Draw three sections (Start, Stop, and Continue), and place clusters from the Affinity Map in these headers. Give each person a dot to vote on most crucial items, and pick the ones with the most votes to make an actionable decision on. Reflect on feasibility and consider the short and long-term.

It’s the end of the line! Closings can be underestimated and skipped over, but don’t fall for that. There are a ton of ways to close the meeting out that are forward-looking and positive, from sharing final reflections to ending on a powerful quote gathered during the retrospective itself.

Use the closer as an opportunity to garner self-reflective feedback. It’s a bit meta, but that’s the power of Agile and Scrum. It cuts through to serve as a focal point by which we can address all matters of progress within a forward-thinking environment.

As chief evangelist, Lean-Agile strategy at Planview and former co-founder of LeanKit, Jon Terry helps enterprises around the globe discover how to increase effectiveness, optimize processes, and deliver value faster with Lean-Agile principles. Jon actively seeks to raise awareness of the benefits of Kanban and visual project management and is a highly sought-after presenter within the Lean-Agile community. In addition, Jon has been a leader in Agile transformations for some of the largest organizations in North America, including hospital-giant HCA Healthcare and its subsidiary, HealthTrust Purchasing Group. Jon earned his Global Executive MBA from Georgetown University and ESADE Business School in Barcelona, Spain. 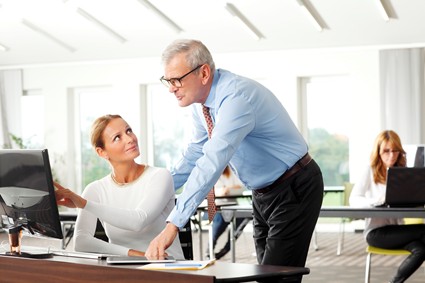 Managers translate leadership’s vision into the day-to-day actions of the workforce. They do this through their decisions, published standards, and operational procedures. They reinforce desired behaviors through organizational performance measures and management observations. But how do executives ensure their manager and supervisor direct reports understand and properly translate and reinforce their vision with the workforce? One method of doing so is through the conduct of paired observations. 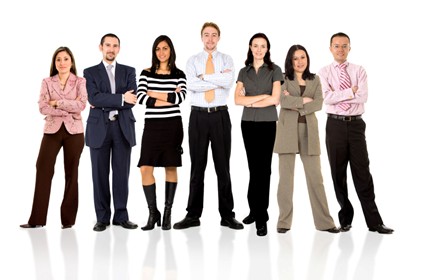 The name, Management Observation Program, suggests that authorship of these documented performance assessments are or should be limited to those who supervise work. Yet, in a healthy organization, workers are encouraged to provide upward feedback and report conditions adverse to quality. All organizations should embrace a safety culture within which individuals are responsible for both their safety and the safety of their coworkers. (See StrategyDriven whitepaper, Preventing Catastrophic Industrial Accidents) So why not allow everyone within the organization to submit management observations?

Hi there! Gain access to this article with a FREE StrategyDriven Insights Library – Sample Subscription. It’s FREE Forever with No Credit Card Required. 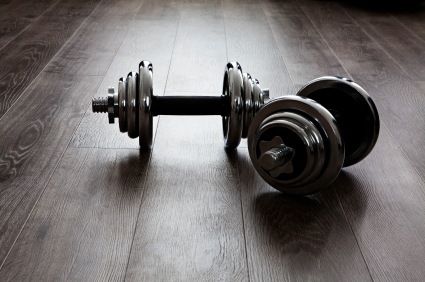 All organizations, including the best of the best, have room for improvement and those not improving inevitably find themselves falling behind competitors. Self-critical evaluations are therefore critical to achieving continuous performance improvement and remaining competitive. Evaluations identifying mostly strengths offer little opportunity for organizational growth. 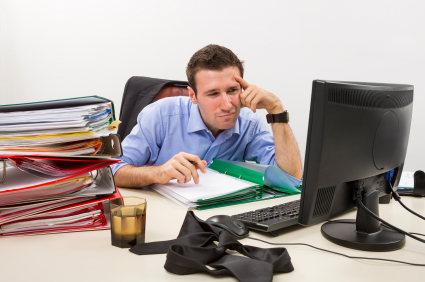 Superiors often find it difficult to provide critical feedback to those who put their very heart and soul into their work. Individuals receiving such messages tend to interpret them personally; feeling disappointment, regret, and unappreciated. Rather than constructively improving their performance, these individuals become less productive and contribute substantially less to the organization. Consequently, business performance assessment leaders frequently seek plausible justification to avoid criticizing these individuals’ performance; recognizing their exceptional effort while ignoring the results achieved. Doing so, however, foregoes the improvement opportunities and sacrifices the associated gains that could otherwise be realized.