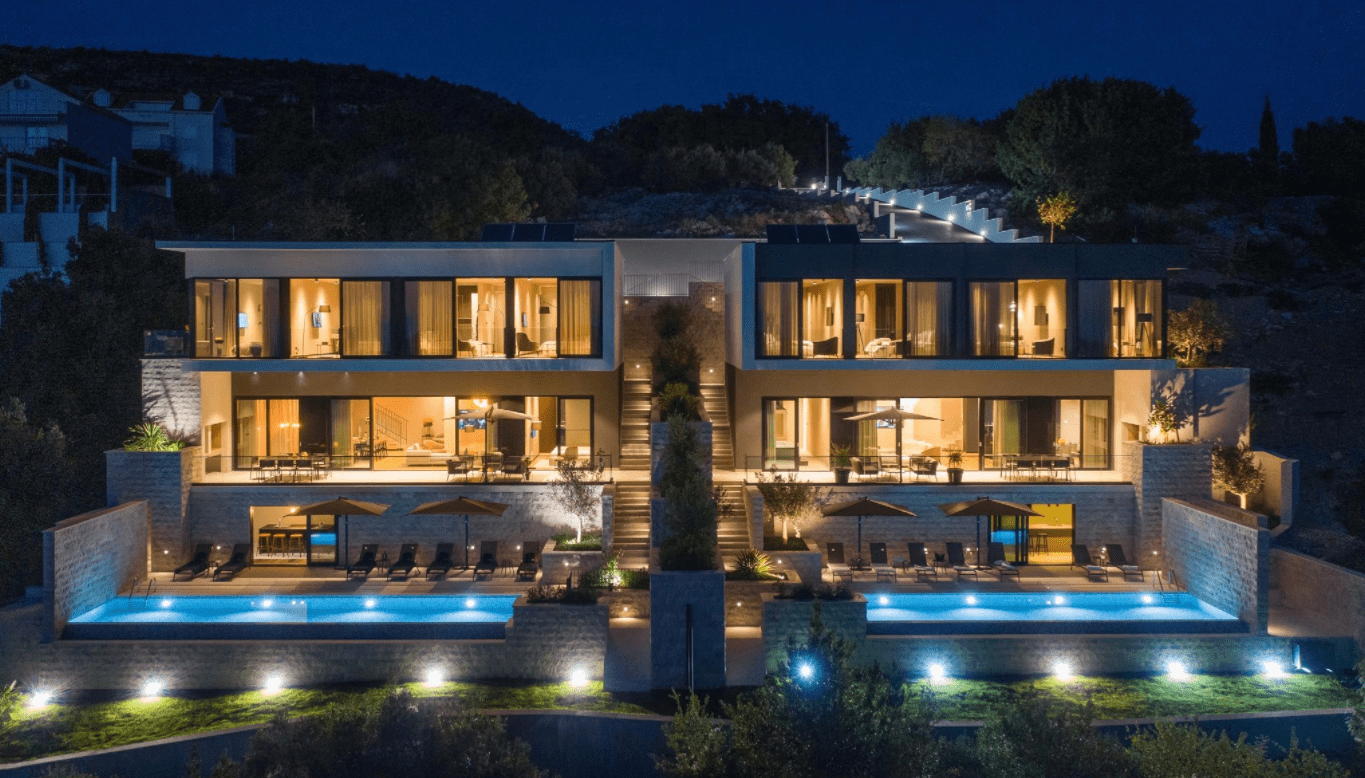 Croatia is a country of contrasts, with mountains and hills in the north and developed Adriatic coast home to thousands of dreamlike islands and lovely islets with the unspoiled authentic landscape.

Croatia has experienced a surge in popularity as a Mediterranean getaway destination, which has attracted foreign investors. The demand for coastal property for sale in Croatia at an all-time high, and the real estate market here is very active. If you’re wondering whether now’s the time to invest in homes on the coast of Croatia, we promise that it’ll be well worth your while.

The Istrian peninsula, with its beautiful coastline and proximity to major European countries, is popular with foreign buyers. Istria is a southeastern region in Croatia with a whole wealth of diversity, from the undulating landscapes with vineyards and olive groves, to the blue of the endless sea. Properties for sale in Istria Croatia are amongst the most expensive due to high demand and its proximity to the rest of Europe. The Istrian peninsula has a total of 445 kilometers of bays, coves, islands, and shoals. It is a homeland of antiquities, an emerging culinary scene, beauty, and health. Istria is often called the Croatian Tuscany for its picturesque coastal towns Novigrad, Umag, Pore?, Rovinj, and Pula.

Are you looking for houses for sale on the beach in Croatia? The following are the most popular areas to search for seaside property.

Southern Dalmatia, a region to be appreciated by wine enthusiasts, history fans alike, and beach seekers, is located down the coast from the Makarska Riviera. Dubrovnik, Croatia’s most notable city, is a shining gem in this part of the country, but there are several other lovely destinations as well.

Some of the most famous destinations in Southern Dalmatia include Plo?e and Metkovi? as well as Cavtat, Plat, Milni down to the border with Montenegro. Many of Croatia’s top wines are from Southern Dalmatia. The Pelješac Peninsula, which includes small picturesque towns Ston and Orebi?, is renowned for its excellent wines. One of the greatest pleasures is to go on a wine tour of some of the region’s wineries. The islands of Korcula, Mljet, and the Elafiti islands are among the most beautiful islands to visit and enjoy over there.

The Kvarner Riviera is a lovely area located on the Croatian coast between Istria and Dalmatia. It is centered around the city of Rijeka, the third-largest city in Croatia and the busiest port of the Adriatic. The beautiful islands of Krk, Lošinj, Cres, and Rab, as well as the lovely towns and beaches within them, are all part of the Kvarner region. All sites in the Kvarner Riviera may be easily reached thanks to a straightforward transfer. Krk is an island linked to the mainland via a bridge.

The most well-known resorts in this region are Opatija, Crikvenica, Lovran, Kraljevica, and Novi Vinodolski. Both classic and contemporary villas can be found in Lovran and Opatija, Croatia’s luxurious resorts that offer some of the best residences in the country. These resorts were constructed for the Austro-Hungarian nobility in the 19th century due to their moderate climate. Their style is defined by the fountains, palm-studded parks, grand villas, and original art deco hotels.

The coast of Croatia is a popular holiday spot and an excellent location to settle down in, owing to its mild winters and pleasant summers. The lengthy, scooped-out shoreline with a number of lovely islands like Dugi Otok and Pašman offshore in the Adriatic. Zadar, Šibenik, and Primošten are the most popular cities in Northern Dalmatia, known for their crumbling, intricate architecture. This region has three of Croatia’s finest national parks: Paklenica, Kornati, and Krka.