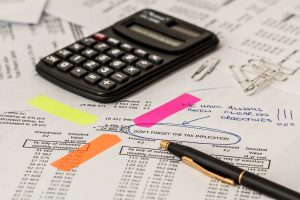 The financial, political and tax world in the European Union has changed for good. One word Brexit, i.e. the UK leaving the European Union, has a huge impact on the European economy, population migration, the UKs domestic economy. For businesses, the most significant changes relate to customs and tax issues.

What after Brexit? Tax issues

The financial, political and tax world in the European Union has changed for good. One word Brexit, i.e. the UK leaving the European Union, has a huge impact on the European economy, population migration, the UKs domestic economy. For businesses, the most significant changes relate to customs and tax issues.

Despite Brexit, the UK will continue to have a VAT system and the government has retained VAT procedures similar to those previously in place. Nonetheless, companies trading exclusively within the European community should familiarise themselves with the changes and take additional steps to prepare for the new reality of the UKs exit from the EU.

Previously, all movements of goods between the UK and other countries were made on an intra-Community supply of goods basis. VAT on goods imported from the UK was accounted for on both the output and input VAT returns. However, for goods supplied to the UK, a preferential tax rate of 0% was applicable if the relevant conditions were met.

Currently, the situation with the movement of goods is as follows. VAT is changed to import tax. In this case, according to VAT regulations, the tax obligation arises at the moment when the customs duty arises on goods imported into the European Union. Thus, the tax must already be paid when the goods are cleared through customs. While it is usually possible to recover this tax, it must be paid immediately. In addition, companies have to wait for its reimbursement, which significantly affects the liquidity of businesses importing goods from the UK.The good news is that companies exporting goods to the UK will have the opportunity to use the simplified procedure, in which they will not have to pay VAT as soon as the goods arrive in the UK, but will settle it later.

Companies trading with the UK will also need to have an EORI number. All traders are required to use this number for any customs transactions within the European Union. If you do not have a UK EORI number, companies should start the process of registering one as soon as possible.

In the past, large logistics companies that move goods across the Channel used to have vehicle transport times calculated to the nearest minute. Now, following a change in tax regulations, time for the customs procedure must be added to each delivery, regardless of the mode of transport.

What is the impact of Brexit?

The UK is among the top ten countries in the European Union in terms of the movement of goods. Moreover, the top three suppliers in Europe are countries that are also the UKs main trading partners, that is Germany, the Netherlands and France. And it is these countries that have experienced the most commercial turmoil after a possible Brexit. In terms of industries, Brexit has the biggest impact on the automotive, food, computer, machinery and chemical sectors.

Below is a list of suggested actions companies should take to prepare for Brexit.

Supply analysis. Analyse the rules in place for their impact on new customs and tax obligations. Carrying out the EORI number registration procedure. Appointment of a customs agent or preparation of appropriate software. Registration in the customs systems of the Ministry of Finance. Determination of correct tariff codes. Contact and establish procedures with a logistics company. Consideration of VAT registration in the UK. Review and modify accounting systems to comply with relevant regulations.