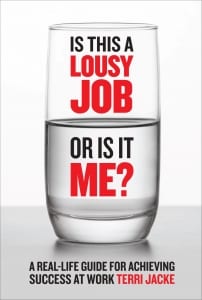 Several years ago I was invited to coach a competitive healthcare executive who wanted to be the best healthcare CEO in the region. I’ll refer to him as Bob. Confident he was already a great leader, Bob basked in the “celebrity” status he enjoyed as a business influencer in the community. However, Bob’s career advancement strategy had not panned out as he had hoped. For example, although he’d achieved the CEO role, his compensation was less than he believed he deserved. This was due, at least in part, to the underperformance of members of his leadership team. Despite the external image Bob projected, he still struggled privately with feelings of inadequacy.

From the beginning, Bob had taken a thoughtful approach to his career advancement, but the design of his strategy overlooked a key element: character development. In my experience, character, defined as one’s mental and moral qualities, is the foundation for effective professional development and career advancement. Lacking the foundational development of one’s character, career progress may be halting, hollow (e.g., gaining the CEO title and position without the corresponding compensation), or otherwise unsatisfying.

To incorporate Bob’s character into our coaching work, I needed to evaluate the stage of character development he was in — and perhaps stuck in. Using six of the seven stages I’ve identified and work with, Bob was in one of these stages: Beginning, Yuckiness, Fear, Authenticity, Boundaries, or Love. (The seventh stage is Exit, but Bob was not looking ahead to retirement.)

Assessing Bob’s place within the six stages wasn’t a simple process. Bob believed he was in the Boundaries stage and, to him, this stage included learning how to “make” his direct reports more responsible for their unsatisfactory performance. In Bob’s mind, he wasn’t advancing because of their deficiencies.

As it turned out, Bob’s self-assessment didn’t match my evaluation, which was decidedly more objective. From what I saw, it was evident Bob was still in the Fear stage of character development. How did I come to that conclusion? Well, for one thing, Bob was quick to react (versus respond) to issues that came up. And, he deflected blame. In fact, Bob habitually blamed his staff for anything that might reflect poorly on him; he used several fear-based behaviors to protect himself from his feelings of inadequacy. Furthermore, based on my work with other key leaders in the organization, Bob was blissfully unaware that his inconsistent and sometimes disingenuous leadership style caused any of the confusion and chaos throughout the organization.

I spent a considerable amount of time introducing insights, resources, and ideas Bob could connect with from his self-protective mindset, which is a characteristic of the Fear stage. I was ever so careful not to inadvertently reinforce his self-protective stance by overwhelming him or causing panic. In my work with Bob, my goal was to guide him to methodically evolve from the Fear stage to the next stage, Authenticity, where he could finally shed his fear-based behaviors. That milestone would represent a significant and positive leap in Bob’s professional growth, and it would open our development work to a whole new level of leadership behaviors that were inaccessible to Bob from the Fear stage.

In short, using character development as the foundation for professional development is, in my opinion, the most clear, caring, and powerful way to move individuals forward in their careers — and personal lives. This is why I encourage you to evaluate your stage of character development using the seven stages of the BY FABLE model: Beginning, Yuckiness, Fear, Authenticity, Boundaries, Love, and Exit.

The stages of the BY FABLE model will help you put your development in a context that allows you to be more objective and self-observant. Once you evaluate which stage you’re in, you can use that information to determine which resources, experiences, or insights will help you grow your character at work.

The BY FABLE model will work at any point in your career. Stage by stage, this framework for character development helps you find the clarity necessary to achieve greater fulfillment and success from your work, plus the career advancement you desire.

Terri Jacke is author of IS THIS A LOUSY JOB OR IS IT ME? A Real-Life Guide For Achieving Success At Work, a seasoned organizational development consultant, and founder of Inspired Training Institute, Inc. She holds an MS in Applied Leadership For Teaching and Learning from The University of Wisconsin. For more information please visit www.inspiredtraining.net.