Tag Archive for: influencing others 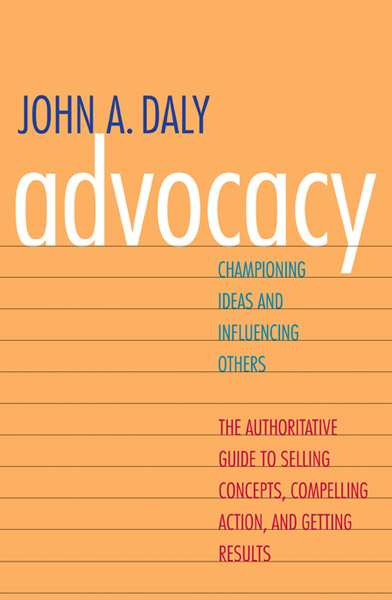 Advocacy: Championing Ideas and Influencing Others

by John Daly provides actionable methods to effectively market ideas such that they are acted upon by the organization. Too often, worthwhile initiatives are pushed aside because they do not receive the critical level of support needed to move forward – merit and positive cost-benefit alone are not typically enough to ‘sell’ an idea. Rather, reputation, relationships, timing, and persuasive messaging is needed to garner the attention and buy-in necessary to gain action on one’s proposals.

In Advocacy, John reveals a step-by-step framework of activities to build the critical mass intangibles needed to drive organizational action. These immediately implementable actions are supported by highly illustrative examples and tools/templates – everything needed to create and execute a plan to get action on one’s next proposal.

StrategyDriven Contributors like Advocacy because of its immediately implementable methods for effectively dealing with the organizational politics common to all businesses. While meritorious competition between initiatives tends to best serve the organization, reality dictates that politics, power struggles, and positioning often hinder the progression of top ideas in favor of less deserving ones. Thus, Advocacy provides the crucial real-world tools every leader should practice when putting forward proposals; thereby ensuring more equitable treatment of the body of ideas being considered.

If we had one criticism of Advocacy it would be that John’s examples are a bit too numerous and a bit too long. While we believe the illustrations could be more concise, it is usually better to have too much than too little detail and the extra here is not a significant distraction.

Effectively dealing with office politics, power struggles, and positioning is a matter of life in today’s business world. Advocacy‘s positive promotional methods provide a comprehensive, actionable way of dealing with these influencers with the goal of benefiting the organization; making it a StrategyDriven recommended read. 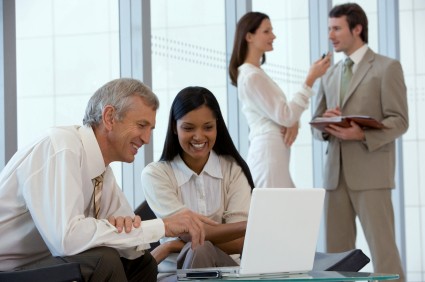 “The greatest ability in business is to get along with others and influence their actions.”

John Hancock(1737 – 1793)
Founding Father of the United States of America, signer of the Declaration of Independence, President of the Second Continental Congress, and first and third Governor of the Commonwealth of Massachusetts