Just as we gain wisdom from the business failures and corporate scandals, we can learn equally valuable lessons from crisis situations that were successfully handled. The insightful companies examine their own backyards… applying the discussions, uncoverings and applicabilities to how they will better manage in the future.

For many years, we will be measuring how loss of corporate credibility has tainted all facets of business, in terms of remediation, replacement, litigation, make-good, rework, damage control, recovery process, settlements to victims, decreased stock market value and sagging retail sales. The Enron scandal alone has cost each taxpayer twelve dollars.

Some of those events that had profound impacts upon us recently (and which were covered in Chapters 2 and 3) included corporate fraud, accounting irregularities, earnings misstatements, hiding expenses, Enron, Arthur Andersen, the dot.com bubble burst, Worldcom, Tyco, Qwest, Imclone, Martha Stewart and Global Crossings.

It’s not enough just to handle a crisis effectively. The follow-through and crisis preparedness planning process helps to divert other crises from transpiring. Recommendations for crisis management and preparedness as part of macro planning are offered.

Every organization and community in America is presently at a crossroads. There exist two current options. Business can be seen and known as a dynamic community that addresses its problems and moves forward in a heroic fashion…as a role model to the rest of the world. Or, the organization can bury its head in the sand and hope media attention dies down… thus becoming a generic tagline for troubled communities.

Purposes and expected benefits of reviewing business crises include:

Some of those events that had profound impacts upon us recently, examined in this chapter, include examples of crises that were handled well, thus increasing public trust and respect.

Actions During the Crises

In times of crisis, business does what it should have done earlier: study, reflect, plan and manage change. Sadly, business adopts a “head in the sand” mentality when the crisis seemingly passes. Many rationalize that they dodged the bullet.

In the aftermath of Three Mile Island and the Exxon Valdez crisis, companies increasingly became scrutinized under the public microscope… thus affecting its Wall Street book value, reputation in the marketplace and employee morale. It became incumbent to communicate openly to media about the crisis and what was being done. Companies had to overcome the poorly handled crises, as well as mount their own proactive strategies.

In times of crisis, advisors are called upon more frequently. Crisis Management and Preparedness has been one of my areas of expertise for many years. Among the types of crises that I advised clients through were government reorganizations, plant explosions, contaminated food and drugs, school shootings, executive kidnappings, plant bombings, hostile company takeovers, natural disasters and problematic employee behaviors. I have learned that strategic planning for crises can avert them 85% of the time.

The NASA community and the entire world were saddened by the disaster of the Space Shuttle Columbia on February 1, 2003. During and after the crises, NASA adopted its policy of forthright communication. They continually reinforced the determination to find out what went wrong and take whatever steps necessary to get it right. That’s laudable, and NASA is to be respected for this posture. Not every company would have approached each crisis this correctly and honorably.

There have been far-reaching business after-effects from the attacks on September 11, 2001. 1.5 million jobs were affected by the. Unemployment is at an eight-year high. September 11 is attributed as costing New York City 83,000 jobs and negatively impacting its economy by $1 billion.

In the fourth quarter of 2001, there were 408 extended mass layoff events, involving 114,711 workers, directly or indirectly attributed to the attacks. Thirty-three states reported extended mass layoff activity related in some way to the September 11 incidents. Fifty-four percent of these events and 56 percent of these separations occurred in just five states—California, Nevada, Illinois, New York and Texas. Among the workers laid off because of the terrorist attacks, 42 percent, or 44,756 workers, had been employed in the scheduled air transportation industry. An additional 28 percent, or 32,044 workers, had been employed in hotels and motels.

The U.S. airline industry reported an operating loss of more than $10 billion in 2001 and a net loss of almost $8 billion, according to Air Carrier Financial Statistics Quarterly, a compilation of airline financial reports issued by the U.S. Department of Transportation’s Bureau of Transportation Statistics.

The U.S. Department of Transportation paid air carriers a total of $3.8 billion in direct payments made available under the Air Transportation Safety and System Stabilization Act, which was enacted to compensate airlines for losses suffered as a result of the September 11, 2001, terrorist attacks. Without these payments, which are reflected in the carriers’ results, industry losses would have been substantially greater.

As new security procedures at the nation’s airports has significantly increased ground time for airline travel, interest in business aviation also increased as companies were drawn to the productivity, efficiency, safety and security of business aircraft. 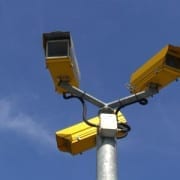 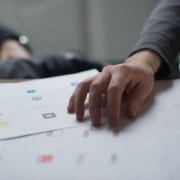 6 Tools to Utilize For Making Your Startup Logo Standout 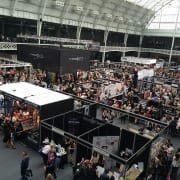 What You Need to Know About Trade Show Marketing 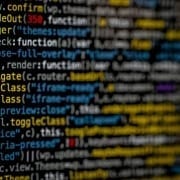 How Can A Business VPN Secure Your Company? 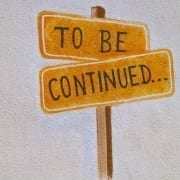 Use Your Story to Sell Yourself

Why Your Employees Count as Much as Your Clients

Who is Martin Rooney? And why you need to know.
Scroll to top