Barriers to Progress and Business Growth

Every business, company or organization goes through cycles in its evolution. At any point, each program or business unit is in a different phase from the others. Every astute organization assesses the status of each branch on its Business Tree™ and orients its management and team members to meet constant changes and fluctuations.

It’s not that some organizations ‘click’ and others do not. Multiple factors cause momentum, or the lack thereof. As companies operate, all make honest and predictable mistakes. Those with a willingness to learn from the mistakes and pursue growth will be successful. Others will remain stuck in frames of mind that set themselves up for the next round of defeat or, at best, partial-success.

The saddest fact is that businesses do not always know that they’re doing anything wrong. They do not realize that a Big Picture must exist or what it could look like. They have not been taught or challenged on how to craft a Big Picture. Managers, by default, see “band-aid surgery” as the only remedy for problems… but only when problems are so evident as to require action.

Is it any wonder that organizations stray off course? Perhaps no course was ever charted. Perhaps the order of business was to put out fires as they arose, rather than practicing preventive safety on the kindling organization. That’s how Business Trees in the forest burn.

This chapter studies obsolete management styles and corporate cultures that exist in the minds of out-of-touch management. Reliance upon many of these management tenets subsequently brought Enron and many others down.

This includes the characteristics of addictive organizations, their processes, promises and forms. It reviews the Addictive System, the company way and the organization as an addict. This chapter studies communications, thinking processes, management processes, self-inflicted crises and structural components of companies that go bad, or maybe never do what it takes to be good. Topics discussed include the society that produced business scandals, accountants and auditors, pedestals upon which CEOs are placed, spin doctoring, compensations and accountability issues with managers.

Companies are collections of individuals who possess fatal flaws of thinking. They come from different backgrounds and are products of a pop culture that puts its priorities and glories in the wrong places…a society that worships flash-and-sizzle over substance.

Addictive organizations are predicated upon maintaining a closed system. Alternately, they are marked by such traits as confusion, dishonesty and perfectionism. They are scarcity models, based upon quantity and the illusion of control. Only the high performers get the gold because there are not enough bonuses to go around. Addictive organizations show frozen feelings and ethical deterioration.

Addictive organizations dangle ‘the promise’ to employees, customers, stockholders and others affected. People are lured into doing things that enable the addictive management’s pseudopodic ego.

All that is different is either absorbed or purged. The addictive organization fabricates personality conflicts in order to keep people on the edge all the time. There exists a dualism of identifying the rightness of the choice and a co-dependence upon the rewards of the promise.

In such companies, the key person is an addict. The CEO and his chosen lieutenants have taken addictions with them from other organizations. The organization itself is an addictive substance, as well as being an addict to others. They numb people down and addict them to workaholism.

The addictive system views everything as ‘the company way.’ The entity is outwardly one big happy family. It is big and grandiose. The emphasis is upon the latest slogans of mission but does not look closely at how its systems operate. The term “mission” is a buffer, excuse, putdown and roadblock.

Rather than embrace the kinds of Big Picture strategies advocated in this book, the addictive system seeks artificial fixes to organizational problems, such as bonuses, benefits, slogans and promotions of like-minded executives.

Communications are always indirect, vague, written and confusing. People are purposefully left out of touch or are summarily put down for not co-depending. Secrets, gossip and triangulation persist, as a result. The addictive organization does communicate directly with the news media and often adopts a ‘no comment’ policy. Company officers (who should be accessible to media) are cloistered and unavailable. The addictive organization does not recognize that professional corporate communications are among the best resources in their potential arsenal.

The addictive system does not encourage managers to develop thinking and reasoning processes. The system portrays forgetfulness, selective memory and distorted facts into sweeping generalizations. We are expected to take them at their word, without requesting or demanding facts to justify.

In the addictive organization, those who challenge, blow whistles or suggest that things might be better handled are neither wanted nor tolerated. Addictive managers project externally originated criticism back onto internal scapegoats. There is always a strategy of people to blame and sins to be attributed to them.

Management processes tend to exemplify denial, dishonesty, isolation, self-centeredness, judgmentalism and a false sense of perfectionism. Intelligent people know that perfectionism does not exist and the quest for quality and excellence is the real game of life and business. Addictive organizations do not use terms like ‘quality’ and ‘excellence’ because such terms must be measured, periodically reexamined and communicated… the organization does not want any of that to occur.

There persists a crisis orientation, meaning that everything is down to the wire on deadlines (not to be confused with just-in-time delivery, which is a good concept). Things are kept perennially in turmoil, in order to keep people guessing or confused. Management seduces employees into setting up competing sides in bogus feuds and manipulating consumers.

Companies come and go. Not every start-up is destined to make it. Yet, in this era of super-hype about tech and dot.com companies, unrealistic expectations precluded most of their successes from the beginning.

The hype now is that the bubble burst. Former dot.com owners are crying that they were stripped of their entitled riches. Employees who were promised stock options came away without still knowing what it takes to build a real business.

The e-commerce and dot.com wars have more than their share of casualties because their players never had the artillery and mindset to play seriously in the first place. Overt marketing hype led to an unwatchful marketplace… which always wakes up to the realities of business eventually.

Technology companies must now learn the lessons that steady-growth companies in other industries absorbed. Actually, most companies still have not truly learned the lessons. Thus, most businesses are at frequent ‘crossroads,’ where turns have deep implications and far-reaching.

I advised several technology companies during their gravy years. I tried to warn them about the things that would get them into trouble:

Most of these pitfalls are common to so many industries. They simply were focused upon tech companies from 1994-2000 because they were the latest flavor. Some heeded the advice of myself and others… many did not avail themselves.

Reasons why some want to grow beyond their current boundaries:

Circumstances under which they expand include:

This is what often happens as a result of unplanned growth:

Failure to prepare for the future spells certain death for businesses and industries in which they function. The same analogies apply to personal lives, careers and Body of Work. Greater business awareness and heightened self-awareness are compatible and part of a holistic journey of growth.

Business is in transition… with unclear anchoring of where they’ve been and where they could head. Young and mid-level workers do not really know what it takes to succeed long-term and been. 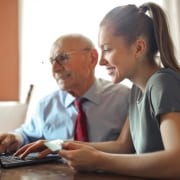 How to improve your business sales in 5 easy steps 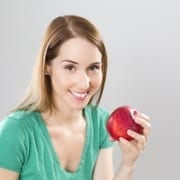 The Influence of Start-ups on Healthcare 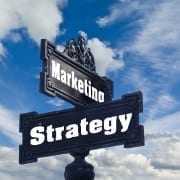 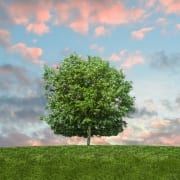 Creating A Corporate Culture Of Sustainability 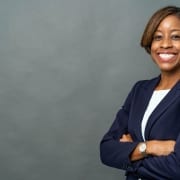 2020 Analysis: Which Financial Services Sector Saw the Greatest Upsurge in Demand Due to COVID-19
0 replies