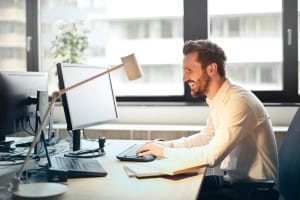 Many things have changed in the world of business over the past 25 years; in fact, some would say that almost everything to do with business and the associated transactions has changed or been altered in a significant way with the advent of the internet, online purchasing, smartphones, and Wi-Fi. While it may be true that how business is conducted has been altered significantly, it is also true that who consumers are doing business with is sometimes a complete mystery, even to the consumer. Yes, the world of business has changed a great deal in the past 25 years and here are just some of the many ways you may have noticed it altering the way you do business.

It may be difficult to comprehend, but there are 55 to 60 billion pages of web information that has been created by people using the internet, and that figure grows exponentially each year. In addition to that number of web search engine indexed pages of data, there are an estimated hundreds of billions of pages of information that are not indexed – including almost 700 million tweet posts each day. Add to that all the emails, government records, and constantly changing pages of products for sale, and you can see how massive the world of online information has become. As little as 25 years ago, that much information available to anyone that wanted to spend time locating it was unthinkable.

Once upon a time, it was thought the internet held databases, and everything was a product of those databases. While that may have been true during the early years of the internet, it is not true today. Everything is a result of a search task in the modern world. What clothes to buy, what books to read, what restaurant to visit are all the result of a search. Additionally, you no longer need to wonder about something for longer than a few seconds because you can initiate a search and the answer is instantly at your fingertips. The consumer is such a curious group that they ask the internet to answer over three trillion questions for them every year on the search engines. There is no estimation of how many additional queries are made on travel sites for where to go on vacation, shopping databases to compare different items or other areas such as the United CPA Association for information on help in a business matter, but it must be upward of six to nine trillion or more. That means the average person makes around 1,500 search queries a year, or an average of 42 a day.

Social media site owners report that one account alone has more than 25 percent of the world population (1.1 billion people) checking into that single site alone each day. That means that billions of people talk about different products, shops, books, and businesses every day on their favorite social media sites, and some spend hours pasting on walls, sending tweets, and posting stories about their lives. During all that interaction with their keyboards, those consumers also spend time sharing information and pictures about products they love and products that have failed them. For some businesses, the word of mouth meant instant success, but for others, it meant the death of a dream.

Twenty years ago, if you had a new product for sale, you could request a product placement on a shelf or endcap that would entice the consumer to purchase your items. It was the biggest and best way to get the consumer to purchase your product once they were in store. In the past five years, however, it is estimated that millions of consumers no longer step into stores to purchase products, rather they look online for goods, place an order, and have it delivered to their car outside the store or delivered right to their home. This type of consumer purchasing power has done away with product placement, and for many retailers, it has come as quite a quandary as to how to counter the power the consumer has taken away from the advertising agency and distributor.

Long ago, there was a time that four or five commercials played in certain time slots between sections of television shows. When consumers complained and used the four or five minutes as a time to get food or take the dog outside, the time slot became known as commercial overload. Today, the consumer is constantly being bombarded by advertisements to sell him or her something using the cookies his or her computer stores; and just like before, consumers are ignoring the ads in record numbers. Not only has it become more difficult to catch the consumer’s attention, but researchers have noticed that ignoring the ad placement begins at a very early age now as children begin using the internet and learn to focus on what they choose, rather than having their attention reverted away by something colorful and flashy. That means the world of advertising is going to have to learn to capture the consumer’s attention in new ways, and it will be interesting to see what advertisers come up with.

The world of business has been forever changed by the internet over the past 25 years. Some say it has been good for the business world, and others claim it has been massively destructive. Only time will tell what the real story is. 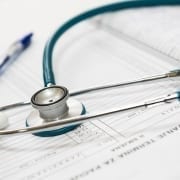 Tips to Reduce Insurance Costs for Your Business 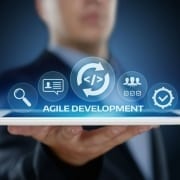 The Principles of Agile Planning

Training is out. Education is in. Are you in or out? 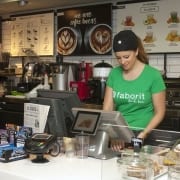 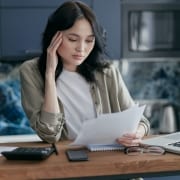 Non-Paying Customers and How to Handle Them 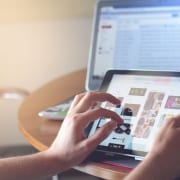 Click here to see all of our StrategyDriven Service Providers…
Should a Custom WordPress Web Design Be Important to Your Business?