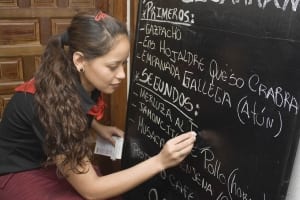 All sorts of people love the idea of owning their own business. However, starting from scratch requires a huge amount of time and effort, and there are simply no guarantees of success. This doesn’t mean that you can’t become an entrepreneur. A common approach that people take on is to open a franchise of their own. This way, you can become part of a larger organization that has already stumbled upon a formula for success. Essentially, you can then replicate this by opening up a branch of your own. The rewards are often there to be taken, but the risks are minimized. Take a look at this list of other reasons to consider opening up a franchise.

Allows for a Combination of Independence and Guidance

One of the most attractive parts of running a business is the opportunity to be independent. However, a lot of people don’t like to think that they are entirely on their own. So, having some guidance can be a majorly attractive proposition. Franchises come with a clear set of rules and regulations of what you can and cannot do. There is also all sorts of information offered with regards to promoting your outlet as widely as possible. At the same time, there are also plenty of other executive decisions that you can take, whether you are looking to run a Superior Vapour franchise opportunity or a food and drink outlet.

Many franchise businesses are already well-known, so a big part of the marketing work is taken out of your hands. One of the toughest parts of running a small business is making yourself stand out, and this is a hurdle that a lot of entrepreneurs simply cannot overcome. You may also get other benefits like the opportunity to get discounts from suppliers. Also, you don’t have certain challenges like having to come up with your own recipes, etc. At the same time, you still get a good feel of what being in charge of a business is like, as well as the number of plates that you have to keep spinning at the same time. As a lot of financial projections have already been taken care of, things like applying for a loan suddenly start to seem a lot less daunting.

Less of a Risk

One of the scariest parts of running a business is the level of risk that you are naturally going to have to take on. However, being a franchisee mitigates against this and puts you in a position in which you are more likely to succeed and less likely to fail. Essentially, you are already starting with a blueprint that has been proven to be effective on a wide scale. Of course, this doesn’t mean that there is no element of risk at all. However, when you take a smaller risk when you start up a franchise, this may give you the experience and willingness to launch a company of your own at some point in the not-too-distant future.

Many entrepreneurs get started all on their own. As a result, they feel like there is nobody that they can reach out to along the way. However, when you are part of a franchise, you are involved in a bigger organization. This means that more help is available should you need it along the way. As well as the parent company itself, there are also plenty of other people who have been in the exact same situation as yourself. They have likely encountered many of the problems that you have found yourself up against and can offer you the best advice on how to proceed successfully in the future. In fact, they can help to prevent you from making many of the same errors along the way.

When you start a business on your own, there is nobody there to train you and tell you how to do it well. However, a franchise company knows that there are plenty of new entrepreneurs that are getting involved in their business. As a direct result of this, they will have set up a training scheme that incorporates many of the main elements of running the business successfully. Of course, training is always going to be somewhat limited based on the fact that you learn a lot more on the job than you do simply reading about it.

Have you been convinced to run a franchise business yourself?