What would it be like to have the ultimate home court advantage? How about:

That’s not just a home court advantage, it’s cheating – and in the business world there exists laws against such behavior… or does there?

Anti-trust laws and regulatory agencies overseeing monopoly businesses prevent any one company from gaining such significant market dominance as to create an unfair competitive advantage and establishing conditions of consumer vulnerability. Other laws, most notably the recently enacted Sarbanes-Oxley regulations, establish separation between auditors and the audited to eliminate conflicts of interest.

Recent bailouts by the U.S. government created an imbalance in the marketplace; introducing a ‘super competitor’ who is business owner, rule maker, and law enforcer. This ‘super competitor’ has no marketplace rival with even a fraction of its power and no immediate oversight as ballot box accountability occurs in only two year increments. As executives from Goldman Sachs learned, having had to sit through the U.S. Senate’s berating and vulgarities, there is little defense to be made once government officials have decided to target your organization.

As business owners, government officials act to further their companies’ goals; the problem is they have demonstrated a propensity to further their political interests as well. While at the center of the U.S. economic meltdown of 2008, poor business practices by mortgage lenders Fannie Mae and Freddie Mac, now owned by the U.S. government, are not addressed by the proposed financial markets regulatory bill being considered by Congress.1 And this is not be the first time Fannie Mae appears to have benefited from Congressional favoritism.2

The conflict of interest created by the government’s entry into the marketplace is not likely to end soon. Therefore, StrategyDriven recommends organization leaders take the following actions:

None of these recommendations should be construed as a suggestion to avoid legal requirements or ethical behavior. Rather, they are recommendations to comply with the letter and intent of the law and to act with the utmost integrity. What we are suggesting is that action going beyond compliance or showing generosity toward the ‘super competitor’ U.S. government is unwarranted and should be avoided.

The purpose of this editorial is to highlight actions executives and managers should take in this era of heightened government business ownership and marketplace participation rather than debate the unfortunate and often inappropriate actions of those responsible for these circumstances. StrategyDriven does not condone the actions of Goldman Sachs leaders and employees. We are also disappointed by the unbecoming behavior exhibited by Senators Carl Levin (D-Michigan) and Claire McCaskill (D-Missouri) during the Goldman Sachs hearings3 and the other seemingly inappropriate relationships between members of Congress and various financial institutions. 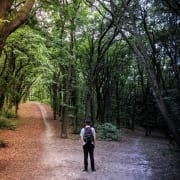 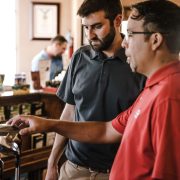 How to Fix Workplace Headaches 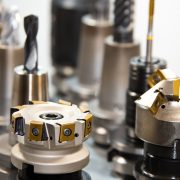 3 Things to Consider When Starting a Manufacturing Business

Ten Ways to Engage Your Workforce in 2012