Crises can and will happen to good organizations. Most often (85% of the time), they can be heeded, planned for averted. There is an art to Crisis Preparedness. It must be included as part of a formal Strategic Planning and Visioning process. So also should diversity, branding, quality, marketing, re-engineering and other important processes. No single facet of planning should be done out of sync with the others.

There will also be those unplanned crises that nobody could have predicted. The same planning process that nurtures Crisis Preparedness can and must also accommodate for Crisis Management. Many of the elements of planning strategies can be taken off the shelf and implemented when extreme danger presents itself.

The City of New York had conducted planning for multiple contingencies. Having done so put the city in the position of responding to the unthinkable on September 11, 2001.
Some of those events that had profound impacts upon us recently are examined in this chapter. In this section are examples of crises that were handled well, thus increasing public trust and respect for their organizations.

Product Recall, Tylenol. Several deaths occurred as a result of tampered Tylenol capsules. The company’s swift recall of product from the shelves and the timely response of the company CEO were part of the crisis plan that was in place well ahead of the tragedy. Johnson & Johnson quickly put its crisis plan into action and subsequently drew good reviews for its open communication with the public.

Tylenol mobilized public support, with the company also positioned as the victim. Seeking to facilitate U.S. Food and Drug Administration approval of the tamper-proof caplet, a public awareness campaign was waged. The next phase in restoring public credibility to Tylenol was the reintroduction of new product to the shelves, done in such a way as to restore consumer confidence and increase market share. This is regarded as a premiere textbook case of quality crisis management.

Reclaim Company’s Good Name, Chrysler bankruptcy. Going to the government and asking for bailout loans is quite chancy, as the airlines have learned recently. Automaker Chrysler was at an impasse in the late 1970s, facing competition and marketplace dominance from imported autos. From top to bottom, the corporate culture was overhauled. Fresh approaches were taken to getting out of the hole, putting emphasis upon quality in workmanship and moving the company forward. When so many companies today put forward a “branding campaign” and call it a change in focus, I laugh. Chrysler was one of the few to totally rethink and retool. Their success should be a beacon to companies striving to make the long way back.

Saccharine. In 1977, the federal government banned saccharine, claiming that it caused cancer. Producers of the product teamed together to form the non-partisan Calorie Control Council of America. Its members included physicians, researchers, diabetes support groups and nutritionists. The coalition fostered healthy lifestyles, rather than attack the government bad directly. The national credibility restoration campaign included crisis management, re-educating the public on the need for artificial sweeteners as part of healthy diets and government relations activity. By organizing business groups with citizens into CCC, this effort coalesced grassroots support, which caused Congress to overturn a U.S. Food and Drug Administration ban on saccharine, thus restoring the product to the market. Research denying its link to cancer and other promotional health aspects of the campaign served to return saccharine to credible common usage and create a wider market share for its uses as artificial sweeteners.

Maquiladoras. In the early 1980s, Laredo, Texas, was faced with a 28% unemployment rate. Devaluation of the Mexican peso and slumps in energy and ranching economies had taken tolls on a city whose population was losing faith. The decision was made to unify the community and actively go after manufacturers to relocate to the area.

Maquiladora is a Spanish word which means “made by hand.” The program offered tax advantages to assembly line manufacturers who either left northern factories or added additional installations on the Mexican border.

This unified business community effort, in response to a dire economic crisis, resulted in 63 major factories being built in Laredo, Texas, and Nuevo Laredo, Mexico, occupied by General Motors, Ford, Sony, Hitachi, JVC, 3-M, Stokeley Foods and others. The Maquiladora program lowered the unemployment rate from 28% to 13%. This industrial development program carried the theme, “You Can Believe/Puede Creer.”

Columbine. Following shootings at Columbine High School, the City of Littleton, Colorado, was in the media spotlight. Still a relatively new community, its right hand and left hand still were not fully acquainted. Uniting to bravely face the tragedy, the community found inner strengths and mounted a visioning program. Infrastructures were put in place. Quality of life issues were addressed. Economic development and community stewardship programs emerged. Out of the ashes of a school massacre came a community that created and nurtured strategies for the future.

Anti-Defamation League. Following shootings at a Jewish community center in Los Angeles, California, the Anti-Defamation League of America came together and launched positive community educational initiatives. Random acts of violence are certainly threats to all, and the ADL built broad coalitions in order to sensitize, educate and further bond communities. Inspirational forces like that built by ADL and other groups are most effective when they add constituencies outside their normal scope, building consensus of opinion and the strength of wider resources. 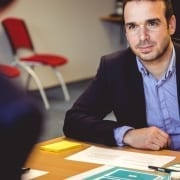 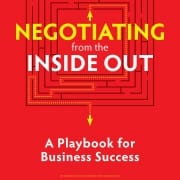 The Most Common Negotiating Gambit… and How to Beat It 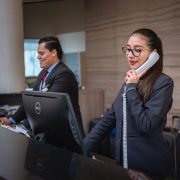 5 ways to support the financial wellbeing of your employees 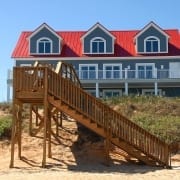 How To Expose Your Vacation Rental to Thousands Of Online Visitors 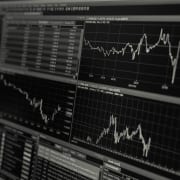 Four Things to Consider with Your Investment Manager 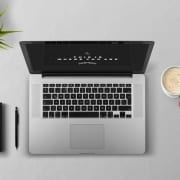 Lessons The Avengers Can Teach About Leadership