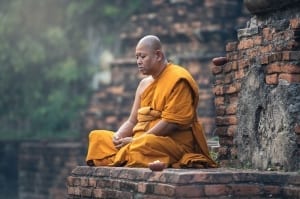 The long and more interesting answer, is that my nearly 6 months at the zen Buddhist monastery planted powerful seeds in my mind that have allowed me to evolve more fluidly in my day to day trials and errors as an entrepreneur.

It’s easy to come across as zen in a zen Buddhist monastery. It’s quiet, peaceful and others around you look “zen”, so it’s only natural to gravitate towards what looks zen: detached from expectations, quiet, embracing the fleeting nature of life, and being in the moment, yada yada yada.

After 6 months living a monastic life at a zen Buddhist monastery, I thought that I had incorporated Zen in me. I was wrong. Within a few weeks back in the corporate world, I was back to stressing about goals, expectations and achievements. I was feeling frustrated again.

You see, being “zen” in the corporate world is a whole other ball game. The corporate framework is based on goals, expectations, plans, and results. Not caring about expectations does not really fit into this framework. If you don’t deliver, you are out and there is no being zen about it.

So back to square one. I learned that I had learned nothing. Surprisingly, that took me a step closer to zen.

I realized that I had embraced a romanticized version of Zen based on how I ideated Zen in my mind but I had in fact not understood anything about zen because zen is about not ideating things in the first place. I sought out Zen because I wanted to overcome the pain in life, become enlightened and transcend the ebbs and flows of life. Now I see that I sought it out for all the wrong reasons. Zen is not about transcending by rejecting the ups and downs of life, it is about unconditionally embracing them.

Zen has a paradoxical nature. It is. And it is not. It does. And it does not. I learned over the years that being zen is not about crossing my legs and looking like a deep and pondered soul. I learned that being zen for me is about embracing the fundamental contradictions that lay the groundwork for our existence.

As I learn to lean into these contradictions, I open the path for more mental freedom and flexibility. I learn that even though my natural framework tends to polarize things, often there is good in the bad, just as there is bad in the good. I learn how to expand my peripheral vision and look at things through different angles at the same time.

So let’s unpack that. My natural tendency is to feel good if I make more money and shitty if I make less money. With a zen bug inhabiting my neural synapses, chances are that I am not going to get all that excited about making money or suffer all that much about making less money. Zen introduces a degree of relativism that allows me to create and interpret my own reactions to external events. The Zen framework allows me to insert an extra fraction of a second throughout many moments in my day in which I get the chance to introduce or at least steer the narrative of events in my direction.

Excessive relativism is tricky though and the zen framework can easily be used in ways that prevent our growth. In a world where there is no good or bad, success or failure, it is convenient to be able to say, “It does not matter.” For many years I used the Zen framework towards this end. I would shield myself from my own fear of failure by relativizing my goals and purpose. Looking back, I don’t think that Zen is intended that way.

I think that Zen is about bathing, soaking, rejoicing in the painful experience of living. Rather than fighting it, Zen is about embracing our shortcomings and ultimate mortality. But this nihilistic direction is not an end, but a path to re-emerge transformed through this experience as a being who is less stuck in labels and social constructs and more keyed into their own feelings and consciousness.

All of this Zen framework does not make me come across as Zen at all. In fact, I reject the idea of being zen. I don’t see how anyone who really buys into zen can accept or live with the label of being zen, or any label at all. I am an agitated soul. I am anxious, I get frustrated and want to get things done. But there is Zen in me. Every time I breathe and just accept that I am what I am. Then I am free.

Gabriel Fairman, Founder and CEO of BureauWorks, has been working on transforming localization business processes into technology over the past 15 years. Over the past 5 years he has focused on developing algorithms that make sense of bigger data patterns in order to predict translator performance based on data obtained through peer reviews. The challenge on building AI towards that end is that translations can be great and still be significantly changed by reviewers. As changes are for the most pasty subjective, there is no direct correlation that can be established to easily determine the quality of translations based on simple data sets. The challenge requires digging deeper into more complex correlations that allow translation quality to be managed through algorithms that can reliably pair the right linguists to any given document. Gabriel’s focus is to think systemically as opposed to through a causality framework in order to solve these harder problems through AI. 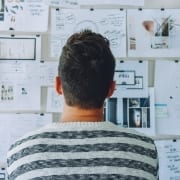 Recommended Resource – The No Asshole Rule 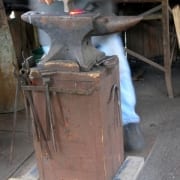 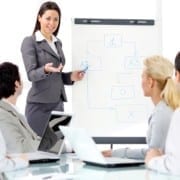 How to Go From Disruptor to Industry Leader: 5 Ways Disney and the UFC Think...
Scroll to top