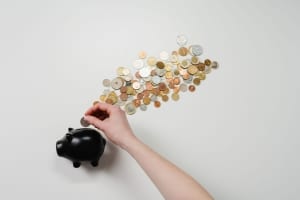 Asia has become well-versed in dealing with financial crises over the course of the last 50 years or so, from the oil crash of 1973 to the so-called ‘Asian Contagion’ of 1997.

The latter saw a sequence of currency devaluations and after the Thai government reversed the decisions to peg the local currency to the USD, which also triggered stock market declines and reduced import revenues.

This also sent real GDP growth tumbling to a little over 1% (1.3%)overall, which was considerably lower than during the aforementioned oil crash and the great recession of 2008 (against which Asia was relatively well-insulated).

But where will the fallout from Covid-19 rank against similar crises, and how has business been particularly impacted on the Philippines?

Comparing Crisis and the Wider Impact of Covid-19

The fallout from the Asian Contagion and stock market crash of 1997 was considerable, but the latest forecasts from the International Monetary Fund (IMF) suggests this years’ coronavirus-related decline will be even more damaging to the economy.

More specifically, growth in Asia as a whole is expected to stall at zero percent by the end of 2020, confirming the worst economic performance in nearly 60 years.

This will plunge growth levels well below the overall international average, creating an outlook that’s relatively bleak by both contemporary and historic comparisons.

That said, the forecasted slowdown in some Asian nations is slightly smaller than the expected contractions in the US and Europe, where the economies may ultimately shrink by 6% and 6.6% respectively.

Conversely, China’s growth is projected to decline by 4.9% in the year ending December 2020, tumbling from 6.1% in 2019 to just 1.2%. This is slightly better than some nations in the west, and it provides genuine hope that other nations in Asian can follow the trail blazed by China in terms of achieving better-than-expected economic performance.

Appraising the Impact on the Philippines

The Philippines entered a technical recession during Q2, after recording its worst economic growth since a major downturn in 1981.

According to the recent data released by the Philippine Statistics Authority, the nation’s GDP growth rate declined by a whopping 16.5% during the second quarter of 2020.

Overall, there’s even a risk that the Philippines could enter negative growth territory for 2020 as a whole, with minimal growth of just 3% recorded in Q1 and a further (albeit significantly smaller) contraction forecast for Q3. This contrasts starkly with the annualised performance over the course of the last five years, which has delivered average growth of around 6% during this period.

However, there’s some cause for optimism in the country, particularly after the island of Luzon (which accounts for 70% of the nation’s GDP) reopened for domestic travellers. Sure, this increases the risk of a second coronavirus spike, but it also reopens the national economy and improves the prospect for businesses and households alike.

The surprising resilience of the Philippines peso has also helped to prop-up economic sentiment, remaining one of the few emerging currencies to strengthen against the USD in 2020.

This is also indicative of a deceptively robust economy, and one that has the potential to rebound quickly from coronavirus in the future. 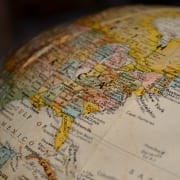 How to Prepare Your Business for International Expansion 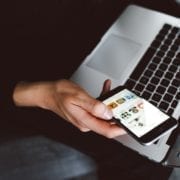 Strategies to Improve Your Online Presence 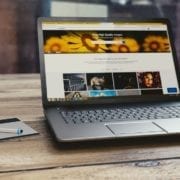 Click here to see all of our StrategyDriven Service Providers…
How to Get Started Flipping Houses: 10 Pieces of Expert Advice