From the outset of the financial collapse of 2008, it was apparent that the troubles of large financial institutions such as Fannie Mae, Freddie Mac, Lehman Brothers, and AIG could and did profoundly impact all aspects of the American financial system. Given their sheer size, such firms represent a ‘systemic risk’ to the whole economy and were subsequently labeled as ‘too big to fail;’ suggesting not that these firms couldn’t fail but that they should not be allowed to fail because of the risk posed to the U.S. economy.

The ‘too big to fail’ philosophy found a home in the Dodd-Frank Wall Street Reform and Consumer Protection Act. This act provides the Federal Deposit Insurance Corporation (FDIC) with the power to seize and break up ‘too big to fail’ companies if it believes they are headed toward financial collapse.1 The FDIC’s authority covers non-financial corporations with at least $50 billion in assets as well as financial institutions. While this may sound like a reasonable solution to the ‘too big to fail’ problem, it only serves to make matters worse.

“One of the highest priorities is identifying the universe of non-bank financial companies that – because of their leverage; off-balance sheet exposures; nature, scope, size, scale, concentration, interconnectedness, and mix of activities; or other factors identified in the Dodd-Frank Act – should be subject to enhanced prudential supervision by the FRB.” 2

The ‘too big to fail’ provisions of the Dodd-Frank Wall Street Reform and Consumer Protection Act will not prevent companies systemically linked to the health of the U.S. economy from collapsing and in several ways promotes conditions that will exacerbate the next financial downturn. Consider:

While the Dodd-Frank Wall Street Reform and Consumer Protection Act seeks to minimize the impact of the collapse of a ‘too big to fail’ company on the U.S. economy, it’s mechanism of corporate dismantlement and risk removal leaves the door open to even more impactful collapses in the future. As such, the solution provided addresses only half the issue. What the act missed is the prevention of a systemically linked company’s collapse to being with or, dare we suggest, the elimination of ‘too big to fail’ companies all together in a non-crisis setting.

The significant marketplace uncertainty created by the Dodd-Frank Act will not likely be resolved soon; necessitating that company leaders act to mitigate, transfer, or eliminate these risks facing their organizations. In this specific case, StrategyDriven suggests company leaders consider the following:

The somewhat ill-conceived ‘too big to fail’ provisions of the Dodd-Frank Act serve as a lesson in problem resolution. As noted earlier, the Dodd-Frank Act does nothing to mitigate, transfer, or alleviate the problem of ‘too big to fail’ companies actually succumbing to financial collapse thereby doing nothing to prevent the initiating event of the Financial Crisis of 2008. Additionally, provisions of the act create circumstances that may make it more likely for a financial collapse to occur in the future, one with even greater impact. Remember that to effectively resolve any issue it is important to first define the problem and its causes and then to define and select a solution set that fully addresses the defined problem and its causes. Additional information on sound decision-making practices can be found in StrategyDriven’s Decision-Making topic area.

In an upcoming edition of the StrategyDriven Editorial Perspective, we’ll look at the potential impacts of the provisions of the Dodd-Frank Wall Street Reform and Consumer Protection Act that could present a proportionately larger burden on small companies. 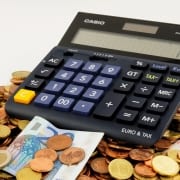 4 Ways To Lower Costs and Increase Your Business Revenue 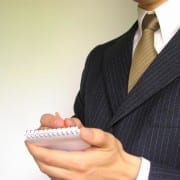 4 Services You Need For Your Business To Succeed 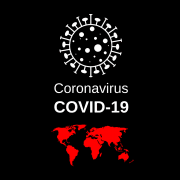 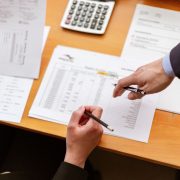 5 Simple Ways You Can Improve Your Operational Efficiency Right Now 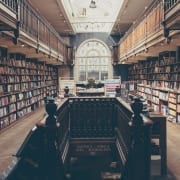 The Importance of Lifelong Learning for Professional Development