Ceasing CD production will harm an already ailing music industry, where technology is not the answer: Analyzing the music industry and changing technologies.

Certain forces in the recording industry have announced intentions to cease production of compact discs and convert their music marketing to digital downloads. trimming the fat and criticizing incorrect activities in the organizational structure.

That is a dangerous course of action and stands to further devastate a music industry that has systematically killed the golden goose over many years.

The CD issue (including those who advocate obliterating the medium) is symptomatic of the bigger watersheds that have crippled and ruined large chunks of the music industry:

In 1877, Thomas Edison introduced the cylinder, developed originally for business office use. It was the earliest Dictaphone, whereby messages would be recorded by a needle on a rolling tube. In 1888, Emile Berliner invented the phonograph record, for the purpose of transporting music to consumers. Columbia Records (now Sony) was founded in 1898, followed by RCA Victor Records in 1901. Edison missed his chance to influence the recording industry by sticking with the cylinder medium, not converting to phonograph records until 1912 and finally getting out of the recording business in 1929.

The radio industry began as a multi-city network that piped recorded music into department stores. In 1920, the first radio sets sold by Westinghouse to promote its first station, 8XK in Pittsburgh, PA. In 1926, NBC Radio signed on the air, followed by CBS the next year. In addition to news and other entertainment shows, a large portion of radio programming was attributable to music, and a long growth relationship with the record industry was sustained. Stars came on variety shows to promote their releases, and the era of radio disc jockeys was firmly secured in the public culture.

The media of music distribution was the 78RPM record. It was bulky, breakable and limiting the amount of music on each side. Record companies put multiple discs into sleeves and began calling them ‘albums,’ the terminology still existing today. Those albums started as collections of ‘sides’ but became thematic. Further packaging enabled various-artist albums and collections of ‘greatest hits’ (those two categories currently accounting for half of all CD sales, a big chunk of business to be wiped out by going all-digital).

The two major labels went into research and development on non-breakable records that would play at slower speeds, with thinner grooves and more music on each side, producing a cleaner sound (without pops and scratches). The results were Columbia (owned by CBS) introducing the 33-1/3RPM long playing vinyl record in 1948 and RCA Victor (owned by NBC) introducing the 45RPM vinyl record in 1949. Why those speeds? They were combined derivatives of 78RPM, known by engineers as ‘the mother speed.’ Not surprisingly, today’s CDs play at 78RPM, a technological updating of Emile Berliner’s 1888 invention of the phonograph record.

The 1930s and 1940s were massive-growth periods for the recording and broadcast industries. Along came other record labels: Brunswick, Decca, Capitol, Coral and jazz imprints. Movie studios got into the record business. Entrepreneurs brought Atlantic, King and other labels to showcase black artists and country music (two major growth industries attributable to the interrelationship of radio and records). Then came the international recording industry, which is the major user of CD technology.

The 1950’s saw exponential growth of the recording industry. There were more retail outlets for the music than ever before or ever since. One could buy music at every grocery store, department store and many unexpected locations. There was an industry of sound-alike records, sold at reduced prices. The result was that all families had phonographs, and music was going into cars via radio, thus stimulating record sales and thus encouraging other technologies to bring music into cars (emerging as homes in our mobile society).

The emergence of teens as the primary record buyers was fed by TV shows, increased disposable income and recording artists catering to younger audience. Due to broad radio playlists, there was ample airplay for every musical taste, and the record industry continued to grow. Independent record labels proliferated, as did recordings by local artists around the country.

With the British Invasion of the 1960’s came the reality of the international nature of entertainment. To package and market emerging modern music, media were implemented to make the best possible sounds and reflect the plastic portability of youth traffic. Along came music available on cassette tapes, then 8-track tapes. The music industry experimented with Quadraphonic Sound, with the ballyhoo associated with the Ipod, and that experiment fell flat after one year.

To kill the CD makes poor business sense. 78RPMs were phased out because better technology was developed. Quadraphonic was technology glitz but did not make good business sense. 8-track tapes were only meant to be an interim medium, until CDs were developed. CDs are the dominant medium and are economical to produce.

Killing CDs is a bean counter move and is contrary to the heart of the music business. CDs enable local bands to have records. Computer downloads are convenience items and impulse purchases. People’s listening frequency and intensity is different (and significantly reduced) through computer downloads.

Nothing still says ‘record’ like a CD in a plastic case, where the album is as much in the packaging as the content material on the disc. Lose the ‘record album,’ and the music industry will never be the same.

This is the juncture where the music industry must step back, analyze their decline over the last 30 years and understand the reasons why they must create new opportunities and move forward.

If I were advising the industry, I would steer them toward:

The much-needed regeneration of the music industry to make a comeback and reclaim its past dominance takes time, energy, resources and lots of heart to produce. Couch planning as the only way to avert a crisis. Changing technologies does not equate to planning and strategy development.

People get what they pay for… always have, always will. Things are never simple for one who must make decisions and policies. Many factors must be weighed.

One cannot always go the path that seems clearest. One who thinks differently and creatively will face opposition. With success of the concept, it gets embraced by others. Shepherding good ideas and concepts does not get many external plaudits. The feeling of accomplishment must be internal. That is a true mark of impactful changes and success. 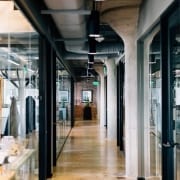 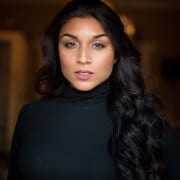 How To Attract Top Talent To Your Business 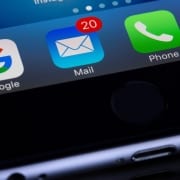 How to Make Your Emails More Professional 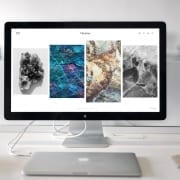 Four Ways Your Company Can Improve Its Online Presence 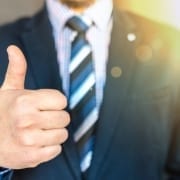 How To Create A Good Relationship With Your Suppliers

How To Create A Productive Office
0 replies