The extension of Bush-era tax breaks, healthcare reform and an increase in the rate of hiring in November suggests that the economy is gaining momentum. Unfortunately, few expect a change in the 9.6 percent unemployment rate. Yet despite this constant, many economists are optimistic about the Nation’s hiring forecast.

Two pillars of the economy – jobs and consumer spending – appear to be on the upswing. Factories are producing, auto sales are rising and new businesses pop up daily. Also, applications for initial unemployment benefits hit a two year low in November and 151,000 new jobs were created.

Job creation does not necessarily correlate with lowering the unemployment rate. According to analysts, the economy would need to consistently add 200,000-300,000 jobs a month to make a noticeable dent in the unemployment rate. Despite the job creation shortfall, the economy is moving in the right direction. Economists predict that the United States economy will grow at a three percent pace in the October-December quarter, up from a two and a half percent growth rate in the July-September quarter.

Will the steady increase in the economy translate into a positive hiring forecast? The results are mixed. The increase in private sector jobs suggests that retail and factory jobs will continue to climb. The same cannot be said for small businesses, mainly due to uncertain tax future many businesses face.

The issue at the heart of this uncertainty involves limited access to capital at a time when banks are reluctant to lend. Taxes further hinder these businesses’ ability to produce. If a business owner has to pay higher taxes on net earnings, the business is much less available to do other things needed to contribute to the economy such as hire employees, buy equipment and expand. Many small business owners seek long term tax strategies rather than year-by-year decisions that make planning for the future of their business impossible.

By no later than 2014, states will have to set up Small Business Health Options Programs, or “SHOP Exchanges,” where small businesses will be able to pool together to buy insurance. Businesses with more than 50 employees will be required to either offer healthcare coverage or pay a penalty of $750 a year per full-time worker. Part-time employees would be counted toward the 50-employee minimum on pro-rated basis based on hours worked, bringing more small businesses into the group required to provide coverage.

This clearly effects hiring as many small businesses have been able to exclude part time employees from healthcare benefits and from its total number of employees. However, the proposed reforms could help spur entrepreneurial activity by increasing the incentives for talented Americans to launch their own companies, and could increase the pool of workers willing to work at small firms. Further, successful reform would reduce the phenomenon of ‘job lock,’ in which workers are reluctant to leave a job with employer-sponsored health insurance out of fear that they will not be able to find affordable coverage.

As both the future of business tax as well as healthcare reform are uncertain, the countries hiring forecast is foggy. However, both private sector jobs and consumer spending have risen creating an optimistic attitude among economic analysts for our country’s economic future. New healthcare laws also suggest a possible increase in entrepreneurial activity, thus creating more jobs, hopefully creating a positive hiring trend.

As CEO of MyCorporation Business Services, Inc. (www.MyCorporation.com), Deborah Sweeney is an advocate for protecting personal and business assets for all consumers. With experience in the field of corporate and intellectual property law, Deborah provides insightful commentary on the benefits, barriers and who should consider incorporation and trademark registration.

Deborah joined MyCorporation in 2003 after serving as outside general counsel for 5 years. She received her Juris Doctor and Masters in Business Administration degrees from Pepperdine University and is a member of the American Bar Association.

Deborah served as an adjunct professor at the University of West Los Angeles and San Fernando School of Law in the area of corporate and intellectual property law. Because of her extensive knowledge, Deborah has long served as a speaker and panelist on legal issues affecting new to the world and growing businesses. 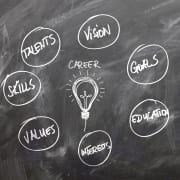 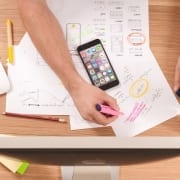 This is not a resolution, it’s an ALL OUT resolve! 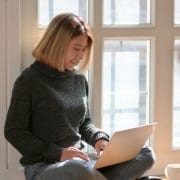 Why Are Accredited CPD Training Courses Integral for Professional Development? 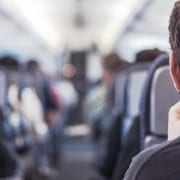 Air Safety Tips to Adhere to While Taking a Flight 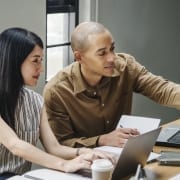 Click here to see all of our StrategyDriven Service Providers…
10 Tools to Audit Your SiteStrategyDriven Podcast Episode 38b – Overcoming Resistance to Change,...
Scroll to top