Non-profit organizations and the causes they promote are greatly served by enlightening the public. Public education is an important part of the charge for those organizations.

The earliest PSAs promoted the selling of war bonds and were shown in movie theatres during World War I and II. The campaigns included: “Loose lips sink ships” and “Keep them rolling.” With the advent of radio in the 1920s and its popularity in the 1930s and 1940s, it was a natural sign-off for national shows to include public service messages. Local stations began airing PSAs during their programming to fill the holes when they had not sold all the commercial availabilities. Then, there were Community Calendar shows. Every disc jockey had their favorite causes, and talk shows often featured representatives of non-profit organizations to discuss their services.

When television hit in the late 1940s, public service advertising was institutionalized. PSAs were aired, just as had been done on radio. Local TV stations promoted non-profit organizations via recorded and live spots, ID slides and crawls of calendar items in local communities.

Some of the famous campaigns included annual United Way appeals, Smokey the Bear (“Only you can prevent forest fires”), McGruff, the dog (“Take a bite out of crime”), the United Negro College Fund (“A mind is a terrible thing to lose”), Just Say No to Drugs, the American Cancer Society (“Fight cancer with a check-up and a check”), anti-smoking campaigns, voter awareness, vaccinations, immunizations, educational programs, etc.

Many of the famous PSA campaigns were created by The Advertising Council. This was a consortium of advertising agencies who lent their creativity on a volunteer basis to a variety of causes. These ads won awards for creativity and spurred participating agencies to serve their clients and communities by their volunteer service. Other PSAs were devised by public relations agencies and the non-profit organizations themselves.

The Partnership for a Drug-Free America was founded in New York City in 1985. It was a consortium of advertising agencies who produced public service messages discouraging drug use. It coordinated campaigns with the federal government in its efforts to stem the spread of illegal drugs.

PSAs have had a massive impact on our culture. They steered many people into lives committed to community stewardship and leadership. In the old days, broadcasting was regulated. Stations had to reapply for their licenses from the Federal Communications Commission every three years. We were required to keep Public Files of correspondence from the listeners and community stakeholders. We were required to perform Community Ascertainment, a process by which we interviewed leaders on problems of the municipality and how our station might help to address them. Through all that, I became enamored with community service, developing trust relationships with stakeholders.

Newspapers began contributing space to non-profit causes back in the 1930s, plus writing stories on many of the programs. Community newspapers followed suit in the 1950s, 1960s and 1970s.

The billboard industry began offering free public service facings to non-profit organizations in the 1960s. As public opposition to billboards as environmental blockages increased, its industry made efforts to work with non-profit organizations to get their words out. In the 1990s, I testified to my city council on behalf of the billboard industry. I stated that they would never get rid of the signs, and their best strategy would be to work with the industry, assuring that local non-profits would be served through PSA boards.

Then came my next time to testify, and recalling this incident makes me sad. I testified before the U.S. Congress, begging them NOT to deregulate broadcasting. I was there in support of non-profit organizations and said that deregulation would be a death-knell to public service advertising on radio and TV. I said that unless the FCC requires PSA quotas to broadcasters, they would not deliver the time. I opined that a handful of mega-corporations would ultimately own broadcasting frequencies and would not have the same public service commitment as did the “mom and pop” broadcasters that they purchased. Sadly, history has proven me to be correct.

Because of deregulation, non-profit organizations were forced to buy time on radio and TV. Many got corporate sponsors to pay the freight. Others cut into programs and services in order to fund marketing. That is exhibited when you see every competing educational institution buying airtime to promote their services to the community. I performed a management study for my state comptroller’s office. I reviewed the costs of public awareness campaigns on behalf of state agencies. I opined that agencies felt compelled to spend funds to compete with each other in the arena of marketing.

New forms of public service announcements have emerged to take the place of lost free time on radio and TV. In the 1980s, I started producing filler ads for community newspapers. They were laid out in the style of paid advertising and were furnished as camera-ready copy for newspapers, in the most-needed space fillers as the newspapers had. Thus, they were used.

In the 21st Century, I believe that the future for public service announcements lies on-line. Every non-profit has its own website, and most have blogs in order to disseminate public awareness messages. Many non-profit organizations are producing videos for YouTube.

Now for something new, yet I’ve been advocating this since 1997. I believe that corporate websites are the most untapped source for public service messages. I encourage corporations to have a Community Corner on their homepages. Highlight the causes that they support. Put filler ads for non-profit groups on their websites. Encourage their customers and stakeholders to support their designated causes. Non-profit organizations need the support of Cause Related Marketing.

Here are some final tips for non-profit organizations in constructing their public service campaigns: 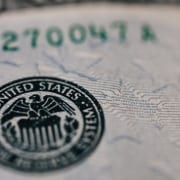 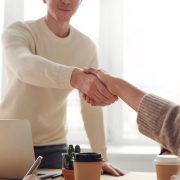 The Ins and Outs of Doing Business with International Clients 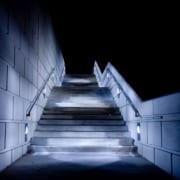 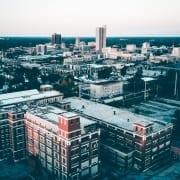 Tips For Managing A Business Expansion 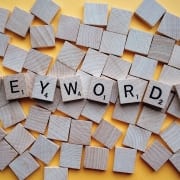 What is an Apostille and when do I need one?
0 replies