This year, 2013, marks the 100th anniversary of the Federal Reserve System, and central bankers are taking a historical perspective. That is “good advice in general,” Fed Chairman Ben Bernanke told attendees at the Fourteenth Jacques Polak Annual Research Conference, in Washington, D.C earlier this month.

“An appreciation of the parallels between recent and historical events greatly influenced how I and many of my colleagues around the world responded to the crisis,” Mr. Bernanke said.

He went on to describe the similarities between the banking crisis of 1907 – the one that inspired the formation of the Federal Reserve – and the more recent 2008 financial crisis.

Both fit the archetype of a classic financial panic, Bernanke said. Both crises started in an economy in recession and both suffered from a sudden lack of liquidity.

In 1907, money was tight in part due to the rebuilding of San Francisco. After the Bank of England raised its discount rate, causing more gold to flow out of the US, New York was left with unusually low monetary reserves just as it entered the cash-intensive harvest season, explained Ellis Tallman and Jon Moen in a 1990 article about the Panic in the Atlanta Fed’s Economic Review.

In the more recent crises, Bernanke explained, liquidity started to dry up when housing prices declined, and subprime mortgage defaults rose in 2007. As the underwriting weaknesses of subprime portfolios became known, banks stopped lending to each other, paralyzing credit markets. By 2008, losses from these portfolios were causing banks to fail.

In both crises, a tinder-dry credit environment made them vulnerable to sparks. In 1907, the fire started when F. Augustus Heinze and C.F. Morse tried and failed to corner the stock of the United Copper Company. The investigation into the scam revealed an intricate web of corrupt bankers and brokers. (Heinze was president of Mercantile National Bank, and Morse served on seven New York City bank boards.) When the president of the second largest trust in the country was implicated in the copper cornering con, depositors started a run on Knickerbocker Trust.

Without a central bank, the availability of liquidity depended on the discretion of firms and private individuals, Bernanke explained. The Lehman Brothers moment of 1907 came when New York’s financiers, led by J.P. Morgan, were unable to value the trusts, and refused to ‘bail out’ Knickerbocker. (Unregulated and a relatively new innovation, trusts were the ‘toxic assets‘ of the 1907 crises. Trusts, however, were financed by consumer deposits, while the toxic asset of 2008 were securities contracts held by investment banks.)

Their refusal prevented other institutions from offering aid, and depositors started a massive run on banks and trusts, exacerbating the liquidity crises. (In 2008 a loss of confidence in the banking system did not turn into a consumer run on banks primarily because of FDIC deposit insurance.)

Morgan et al realized that a failure of the trusts could spread to the entire financial system, and they ultimately convinced John D. Rockefeller and others to pony up enough cash to stabilize the markets.

Similarly, American lawmakers eventually agreed that failure of the nation’s largest financial institutions was not an option, and passed the $700 billion Trouble Asset Relief Program in October 2008 (reduced to $475 billion by the Dodd-Frank Act). This program was designed “to strengthen market stability, improve the strength of financial institutions, and enhance market liquidity,” according to the Federal Reserve.

A major difference between the two crises, that I can see, is the popular perception of these liquidity liberators. In 1907, Senator Nelson Aldrich called the actions of JP Morgan and crew heroic. In his arguments for centralized banking reprinted in the New York Tribune, he warned that without it “men may not be found in another emergency with the patriotism, courage and capacity of those who in this crisis rendered such inconspicuous and invaluable service to the financial interests of this country.”

But in the 2008 crisis, when taxpayers rendered this very same “invaluable service,” people stormed the streets in protest. From the tea party conservative to the Wall Street occupier, hatred of the bailouts was met with bipartisan vehemence.

So why is it that when a handful of wealthy individuals restore liquidity to a broken system they are courageous patriots, but when it’s taxpayer’s, lawmakers are voted out of office? Perhaps the vehemence comes from how the money was used. In 1907, it was to save consumer’s retail deposits, in 2008 corporate wholesale funds.

As Bernanke explains in his speech, seeking to stem the panic in wholesale funding markets, in 2008 the Fed “extended its lender-of-last-resort facilities to support nonbank institutions such as investment banks.” This had little direct impact on consumers. As Fed governor Daniel Tarullo recently said “the savings of most U.S. households are generally not directly at risk in short-term wholesale funding arrangements.”

In 1907, on the other hand, ending bank runs meant “widows on the corner” could cash their checks, shop-owners could feed their families.

Another problem with the 2008 solution, from the popular perspective, was the moral hazard it created.

Senator Aldrich worried that courageous individuals might be hard to find in a financial emergency, and it appears he was right to worry. Senior executives in 2008 were not interested in rendering an inconspicuous service to the financial interests of the country. They didn’t even want to forego their bonuses. But in trying to account for the rarity of courage, lawmakers in 1913 may have created a system that prevents it from emerging.

A July 2013 Congressional research report articulates a challenge for today’s central bankers. “Although ‘too big to fail’ (TBTF) has been a perennial policy issue, it was highlighted by the near-collapse of several large financial firms in 2008… If a TBTF firm believes that the government will protect them from losses, they have less incentive to monitor the firm’s riskiness because they are shielded from the negative consequences of those risks.”

In 1907, the wealthy elite pooled their resources to prevent the failure of banks and trusts, saving millions in consumer deposits. In so doing they bore the brunt of the consequences of their risks, and Americans considered them heroes for it. 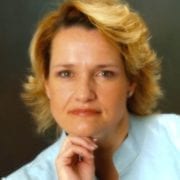 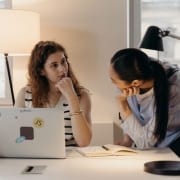 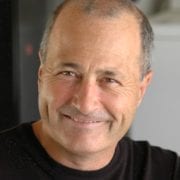 The Disadvantages of Using E-mail to Sell

What CEOs want to talk about. HINT: It ain’t your product. 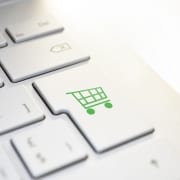 How to Start an Online Business? 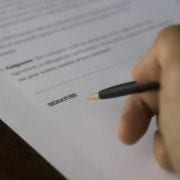 Streamlining Your Business To Save Time And Money
0 replies

Click here to see all of our StrategyDriven Service Providers…
The Advisor’s Corner – Am I an At-Risk Leader?

6 Silent Productivity and Profitability Pitfalls, part 4 of 7
Scroll to top