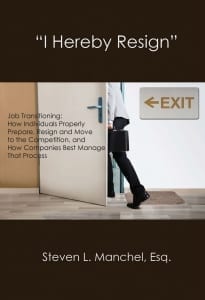 Each year, thousands of people explore and often accept a new job opportunity with a direct competitor. When they have no employment agreement or non-compete clause, they consider themselves free from risk as they talk to or move to a competing company. But in reality, this is far from the truth.

The non-competition agreement is a form of contract that employees sign with their current companies to keep them from being able to work for a competing firm. With or without this signed agreement, however, both the recruited candidate and the recruiting company put themselves at great risk of getting sued and/or having their business plans severely disrupted unless they manage the process with care.

A significant potential snafu in the hiring process is in the transitioning stage. Specifically, companies that, as part of their business model hire from competitors, along with recruits contemplating moving to a competitor, need to appreciate the time between considering the move to a competitor and knocking on a manager’s door to resign as fraught with risks. Regardless of whether there are any so-called post-employment restrictive covenants, all manner of pre-departure conduct must be the hiring company’s and the recruit’s first and primary concern.

Every state has a body of laws that govern what a person may or may not do before he or she resigns to join a competing company. What overrides all the legalese is one — although there are other “lesser” — relatively straightforward sounding proposition: While employed by company “A,” an employee may not compete with her company or take steps to help the New Company.

While that sounds like a commonsense and easy-to-follow rule, it’s far from simple because of the many ways in which “competition” can be construed. For example:

So many seemingly ordinary and natural exchanges that occur during the hiring process are laden with potential perils. Because of this, it’s important that everyone involved in the effort is informed and in sync.

From the New Company’s standpoint, it’s critical that everyone who interacts with the recruit understand the great risk created if they induce, or even have a part in pre-departure competitive misconduct. All the greatest intentions will mean nothing if just one person in the hiring chain steps out of line.

Anyone involved in the process of moving to and recruiting from the competition must maintain a disciplined focus on the governing law, as well as have a real appreciation for the emotions, optics and other unsettling byproducts of transitioning.

Always keep in mind that the absence of a contract doesn’t mean that the recruit and the company are free of risk. She may not have a non-compete agreement, but she can present plenty of other problems for the hiring company to worry about.

Steven L. Manchel, Esq. possesses the highest possible attorney rating and has extensive national experience in recruiting matters, broker-dealer litigation, securities litigation, and complex civil litigation. In the employee departure arena, he has handled matters ranging from single employee transitions to the types of retention and attraction issues arising from large corporate mergers and acquisitions. The case study in his new book, I Hereby Resign (New Academia, Aug. 27, 2019), is used in a class in which he continues to lecture at the Harvard Business School. Learn more at manchelbrennan.com. 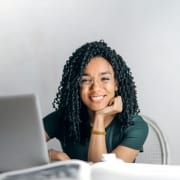 How Can I Start My Own Business? 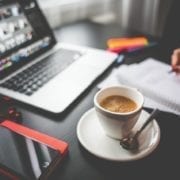 Refusing to Hire the Unemployed 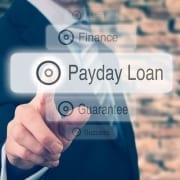 What Do You Need to Get a Payday Loan: A List of the Requirements 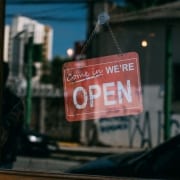 Becoming a Reliable Provider: 4 Proven Strategies for Building Trust in Your...
Scroll to top