Your department just made a catastrophic blunder that cost your company money and reputational equity. How do you recover?

By the time two of my direct reports walked into my office one evening everyone else had gone home, which was just what the pair had in mind.

The news they carried was so bad, they didn’t want anyone to witness my reaction. And the reaction they expected was so bad they had spent hours in one of the manager’s office too afraid to break the news to me.

At the time I was director of an organization responsible for processing applications for energy efficiency programs. One such program had high public visibility and it was heavily regulated by the state.

We had only recently assumed responsibility for the program from another work group. During a routine (for us) internal audit of the program, one of the managers discovered substantial errors in the program’s enrollment process, errors that were not only embarrassing to the company but costly.

My reaction? A series of briefly worded questions asked in a calm demeanor. Do we know what caused the errors? Can they be fixed? Do you have a plan to fix them?

Well, let’s put together an implementation plan for the fixes and take it to the boss for his approval.

Their relief at my reaction was so great they burst into laughter. “What? No emotional outburst? No recriminations? No blame? No panic? You don’t want us to go with you to see the boss?”

My reaction was heavily influenced by what a former boss modeled when I was party to a huge, high-profile faux pas. She took the blame for work that had been performed by others, including me.

I never forgot what she did; it taught me the importance of being supportive, not only for the people involved but also for the well-being of the organization. Moving forward, I was motivated to do my best work not cover my butt.

Now it was my turn to be supportive and in the weeks ahead the two managers not only fixed the problem that caused the errors, they created better tracking mechanisms and new procedures that improved the overall process.

Here are some important lessons I have learned as a leader when bouncing back from an organizational catastrophe:

Face the catastrophe head on… and promptly: Bad news does not get better because it’s older. Denial only delays the inevitable need to face the problem and adds nothing to solving the problem. Bringing the problem to light promptly means we can begin to develop potential solutions sooner rather than later.

I let my boss know immediately about the errors right after my meeting with the managers. I promised to bring him the expected fixes soon so that we could review them together. And because I was calm, he was calm.

When my peers found out about the mistake, they were supportive. The director who led the organization in which the program previously resided offered to share the financial costs of the errors. We politely declined. Sharing the financial burden seemed like we were shifting, or at least sharing, the blame; nope, we weren’t going to do that.

Support the people: When errors occur, do not throw people under the bus, especially those who will help in the recovery. It’s one thing to hold people accountable, it’s another to blame and shame them.

By focusing on fixes not fault my managers went from people who were uncertain about their future to leaders who took pride in creating new ways of working that enhanced the process.

Remain confident: Despite the embarrassing nature of errors, do not shrink back into the shadows. Errors can erode confidence in our organization and what we do, hanging our heads only contributes to such an erosion.

Instead, we added the program’s performance metrics to our widely distributed performance dashboard. We knew we wouldn’t have anything to brag about for a few months while the fixes took hold but we weren’t going to live in the aftermath of a catastrophe. We were going to live in the land of solutions, because we were confident our senior leaders, our peers, and most importantly, our internal clients were confident.

No one wants to deal with the aftermath of a catastrophe but if we respond well, we can cope with catastrophe rather than be victimized by it.

Author, change agent and leadership trainer, Greg Wallace is CEO of The Wallace Group which consults organizations and leaders to implement change and transformation which produce results that meet the leader’s definition of success. Learn more about developing a personal model of leadership in his second book, “Transformation: the Power of Leading from Identity”. 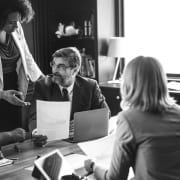 The 5 People You Need Around You To Succeed In Business 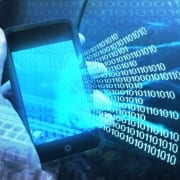 How Is Technology Moving Businesses To The Next Level? 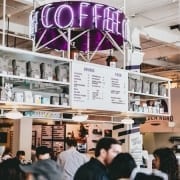 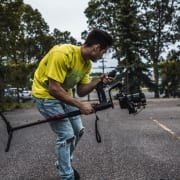 Do you understand your buyer’s buying journey well-enough to influence it?