The first lesson of leadership: it is not about you.

The essence of leadership is the ability to influence others. And all successful leaders realize what Dale Carnegie explained: “The only way on earth to influence other people is to talk about what they want and show them how to get it.”

Being a leader means understanding what others desire. You won’t figure that out by self-analysis. What motivates people to follow you is not something within you. It is something within them.

It’s difficult to get people to want something they don’t already want. But people, of course, want all sorts of things. They want healthy children, an attractive appearance, security, recognition, adventure, etc. It is much easier to focus people on one particular desire that can be fulfilled by doing what the leader suggests.

People will follow you because they see in you the easiest path to get where they want to go.

The second lesson of leadership: debate facts, not feelings.

Feelings have the advantage of being immediate. While drinking milk may lead to strong bones eventually, you can feel healthy with the first glass. People pursue an immediate feeling more enthusiastically than a delayed fact.

Feelings also have the advantage of being certain. While the politician you support may or may not be able to accomplish what you hope, casting a vote will certainly make you feel like you’re doing your part. People pursue what’s certain more passionately than what’s likely.

Leaders elevate their promise, and show people how to feel the way they would like to feel.

Leaders can’t persuasively claim to be tough, calm, determined, or kind. What leaders say, particularly about themselves, is irrelevant. The only way leaders can convince people that they have those qualities is to act tough, calm, determined, or kind. As far as followers are concerned, leaders are what they do no matter why they do it. If leaders act tough, people will believe they are tough even if, in reality, the leaders are milquetoasts.

By identifying with a leader, followers get to, in a sense, clothe themselves in the character of that leader. People who want to feel confident follow leaders they perceive as confident. People who want to feel smart follow leaders they perceive as smart. In political campaigns, people literally clothe themselves in the apparel of leaders to share in their qualities.

Leaders act the way followers would like to feel.

How do leaders develop loyal, sometimes rabid, followers? It doesn’t happen in one step. People don’t go from 0 to 60 without passing through the speeds in between.

Smart leaders encourage others to begin by taking a small step in the leaders’ direction. People who have taken a small step look at things differently than they did before. Putting a small, discrete sign for a candidate in your window will make you look at that candidate more favorably than before and you will be more willing to accept a large sign on your front lawn. If someone agrees with you on a small issue, they will be more likely to agree with you on a bigger issue. Persuasion experts refer to this as the “Foot in the Door” technique. Getting that first movement in a leader’s direction is the hardest. That step changes the way things look to the follower and subsequent steps come more easily.

Leaders depend completely on followers’ enthusiasm. Lessons in leadership focus on understanding what potential followers want and how they think.

James C. Crimmins is the author of 7 Secrets of Persuasion: Leading-Edge Neuromarketing Techniques to Influence Anyone 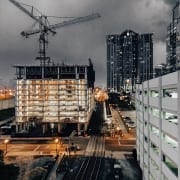 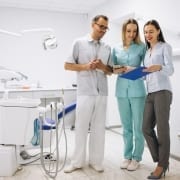 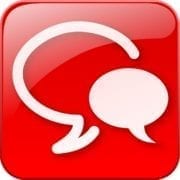 Hello, We’re Here To Help You Get On Top Of Live-Chat On Your Website 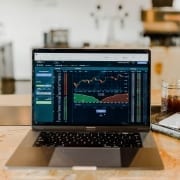 Understanding Private Equity: What You Need to Know 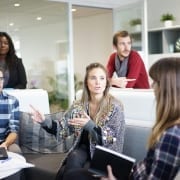 How To Keep Your Employees Happy

The Three Keys to Employee and Company Fulfillment
Scroll to top