Bringing a product to market can be a very time consuming and expensive process making it inaccessible to many budding entrepreneurs and inventors, but could 3d printing be about to change that? Could 3D printing revolutionise the way we create prototypes?

What is 3D printing?

Most people will be familiar with their at-home 2D ink printer, which creates an image by injecting ink onto a flat paper surface. Well, a 3D printer works in much the same way except rather than using ink, it uses a malleable material such as plastic, and instead of creating a 2D picture it creates a 3D model. A helpful way to visualise a 3D printer is as a robotic hot glue gun that instead of quirting glue squirts plastic.

How does 3D printing work?

In the same way that a conventional ink printer requires a digital version of whatever it is going to print, so does a 3D printer. 3D printing always begins with a CAD generated 3D digital model, this 3D model is then sliced by a programme into thin 2D layers, these are the layers that the 3D printer will print, one at a time onto the print surface, collectively forming a 3D model. Some 3D models require support whilst they harden and so the slicing programme will also add in supports and lattices which adds strength to any hollow parts of particularly fragile parts og the model.

The exact way that each 3D printer creates a model can vary from model to model, but they tend to rely on the same principles. Whereas a desktop FDM printer will melt a plastic filament and lay it down onto the print platform through a nozzle, a larger industrial machine may use lasers to melt thin layers of plastic or plastic powders.

For the most part, 3D printers tend to create models using plastic, as plastic is a versatile material that comes in many colours, densities and textures and is relatively cheap to source. There are, however, some 3D printers that can work with more complex materials such as metal and protein, and in the healthcare sector, there are even 3D printers learning to print using human cells. 3D printing technology is advancing extremely rapidly and so although the technology may be limited to a handful of materials now, it is estimated that you will be able to print in any number of different materials in the near future. 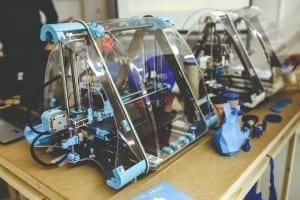 What are the advantages and disadvantages of 3D printing?

The advantages of 3D printing

The disadvantages of 3D printing

Will 3D printing revolutionise prototyping. Quite simply, yes. For the first time, many entrepreneurs and product developers will have access to a technology that is cost-effective and versatile enabling them to create a prototype without raising investment in order to fund the process. Desktop 3D printers are now available for as little as a couple of hundred dollars, meaning that they can even be installed in-house, saving a huge amount of money on outsourcing to an external prototyping company. The speed of 3D printers also dramatically accelerates the prototyping process speeding up the route to market and enabling entrepreneurs to start profiting from their creations more quickly. As the 3D printing market continues to grow, and the materials available becoming more varied, more and more complex models will be able to be printed opening up a whole new world of possibilities for creative minds, making 3D printing a technology that many businesses can’t afford to ignore. If you have an idea and want to see it become a reality then there has been no better time to get started. 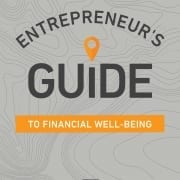 The Four Cornerstones of a High Performance Culture, part 4 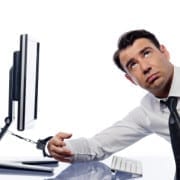 Conquer Your Nerves with Eye-Brain Control To Make a Strong, Fearless Presentation

Just for Entrepreneurs: How to Choose the Right Financial Adviser
0 replies

A Detailed Look at E-Commerce Fulfillment
Scroll to top