The Federal Deposit Insurance Corporation has served as an integral part of the nation’s financial system since its inception in 1933. Our trust in this institution is so strong that it is rare to find someone with a checking account in a bank that lacks an FDIC placard in the window. Nonetheless, the failure and resolution of Texas-based First RepublicBank, reminds us that the hand of government can harm as well as help when it wrestles the invisible hand of the market.

More than an insurer of accounts up to $250,000, the FDIC also regulates financial institutions and serves as a receiver in bankruptcy. The latter role was codified in the Federal Deposit Insurance Act of 1950, which provided the FDIC “additional powers to both expedite the liquidation process for banks and thrifts in order to maintain confidence in the nation’s banking system,” the FDIC’s Resolution Handbook explains.

RepublicBank merged with InterFirst Corporation in June 1986, and formed First RepublicBank Corporation, the largest bank holding company in the Southwest at the time. Then FDIC Chairman William Seidman expressed concern about the merger of two weak banks, “however, without the merger, both banks were more likely to fail, and they would cost even more [apart] than if they failed together,” Seidman recalled in his memoir Full Faith and Credit1.

Seidman’s concerns were warranted. With both banks highly concentrated in the weak Texas real estate market, the deal ended up helping neither bank. As the bank’s losses mounted, depositors fled. Just nine months after the merger was completed, the FDIC had to step in to resolve the failing institution, and at $3.9 billion, it was the most costly bank failure in FDIC history.

Though much can be blamed on the poor condition of the bank’s assets, some of the government’s deal-making “proved to have some room for improvement,” according to the FDIC’s review2.

Included in the resolution was a servicing agreement between the FDIC and NCNB Corporation of Charlotte, NC, the acquiring bank of First Republic’s assets, which required the FDIC to cover costs associated with managing the troubled asset pool. This agreement turned out to be a major source of income for NCNB, and gave them an incentive to hold on to the assets rather than liquidate when the market strengthened. All told, the FDIC paid $1.9 billion in management fees to NCNB.

Another issue was taxes. The IRS had negotiated with NCNB (and no other bidders) $700 million in tax savings with the acquisition. A letter from the IRS allowed the acquirer to treat the deal as a “tax-free reorganization and to carry forward losses from the failed banks to offset future income,” according to the FDIC’s analysis3. These tax savings allowed NCNB to compete aggressively in the Texas market, offering above-market deposit rates and below-market loan rates.

“The government has created a monster,” Chris Williston, the president of the Texas Independent Bankers Association, told American Banker in 19904.

In stepping up when banks fail, the FDIC provides “an element in the readjustment of our financial system more important than currency, more important than gold, and that is the confidence of the people,” President Franklin D. Roosevelt said in 1933. But the example of First RepublicBank reminds us that infusing government into any market-based transactions can change the outcome for better and for worse. In restoring public confidence, the more invisible our government can be, perhaps the better. 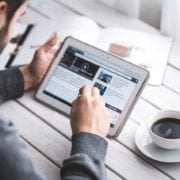 Recommended Resources – I Have A Strategy, No You Don’t 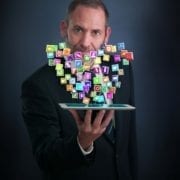 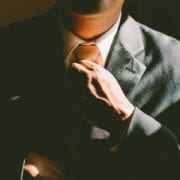 The Real Steps Towards Business Success 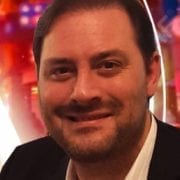 How To Find A Mentor

Taking Over The Internet: Building Your Company’s Online Rep

The TKO Interview: Five Ways to Fire Before You Hire… and Find the Right Person for the Job
0 replies

Click here to see all of our StrategyDriven Service Providers…
Effective Handling of Employee Personal Problems is Critical to Maintaining...

6 Silent Productivity and Profitability Pitfalls, part 1 of 7
Scroll to top