They say the road to hell is paved with good intentions. In 1825, to deal with the “Indian Problem,” the US Congress formed a region known as “Indian Country,” lands West of the Mississippi (today Oklahoma). Their intentions were good.

“The removal of the tribes from the territory which they now inhabit would not only shield them from impending ruin, but promote their welfare and happiness,” President James Monroe told Congress on January 27. He went so far as to say that without a defined Indian country “their degradation and extermination will be inevitable.”

It’s heartening to know that at least some of the President’s contemporaries could see through his good intentions. New York County District Attorney Hugh Maxwell and twelve other prominent New Yorkers wrote in a pamphlet published in1825 that “the American Indians, now living upon lands derived from their ancestors and never alienated or surrendered, have a perfect right to the continued and undisturbed possession of these lands,” and the “removal of any nation of Indians from their country by force would be an instance of gross and cruel oppression.”

History was not on Mr. Maxwell’s side, nor with his attempts to reform the financial industry a few years later. His prosecution of the Life & Fire Insurance Company, whose owners Jacob Barker, et al perpetuated a fraud that led to the Panic of 1826, resulted in a hung jury. (Eventually, Mr. Maxwell’s efforts did lead to comprehensive reform, including: financial reporting requirements, accounting standards, and defined roles & responsibilities for directors, according to Professor Eric Hilt in a paper about the Panic of 1826.)

Mr. Maxwell’s rationality was no match for his era’s good intentions. For what lead Life & Fire’s directors to commit fraud in the first place was in part driven by a desire (so they claimed) to extend credit to high-risk borrowers being ignored by traditional banks. When those borrowers started to default en masse, fraud appeared to be the only way to repay their investors, but unfortunately, even that didn’t work.

Why was an insurance company doing a bank’s work? In the 19th century, banking was the most profitably industry in America, and incumbent banks fought hard to protect their profits. To open a new one involved special-act charters and bitter legislative battles. Would-be owners required both political and financial capital, which few had in equal measure.

Enterprising merchants like Mr. Barker started circumventing these laws by forming insurance companies whose charter empowered them to lend their capital. In so doing, they created a new financial product called a post note. A typical post note transaction went as follows: a borrower approached an insurance company and requested a six-month IOU of $1000, minus a discount of say 3%. The borrower would then sell the discounted $970 post note on the money market, also paying a discount to the post note purchaser of say $30, receiving $940 in cash.

While rates and terms varied, it was not unusual for post notes to trade at yields of 2 percent per month or more, compared to banks that were lending at yields of five percent per year, Professor Hilt’s research found. Needless to say, these products were very profitable as long as default rates were low.

But higher yield meant higher risk, since borrowers who sought out post notes did so because they did not qualify for the less expensive credit from traditional banks. Despite their dubious quality, the corporate guaranty by the insurance company created a sense that the investments were safe. This combination of high yield and seemingly low risk sparked a credit boom.

“The judge the lawyer the doctor the clergy the widow the trustee of orphans all fell into the common vortex of investing in these bonds,” Life and Fire Insurance Company director Jacob Barker wrote in a letter in 1827.

Like post notes, what made sub-prime mortgage-backed securities (MBS) so attractive to investors during the boom years was their high yield and perceived low risk. Unlike 1826, where the secondary market was created by the private sector, our government in many ways created the secondary market that gave sub-prime loans both the cash and perceived safety they needed to expand.

This was all done with good intentions. Looking to increase the homeownership rate and “foster affordable housing,” the Housing and Urban Development (HUD) department issued regulations that required 55% of all government sponsored entities (GSEs) to purchase “affordable” loans from banks, either directly or through packaged MBS.

Most of these “affordable” loans were in fact sub-prime, “for persons with blemished or limited credit histories,” and “carry a higher rate of interest than prime loans to compensate for increased credit risk,” according to HUD.gov. In 2009, forty percent of mortgages were sub-prime according to Forbes.com.

By 2007, Fannie Mae and Freddie Max held $227 billion (one in six loans) in nonprime (aka subprime) pools, and approximately $1.6 trillion in low-quality loans altogether, according to Forbes.com and the Congressional Budget Office (CBO).

“That was a huge, huge mistake,” said Patricia McCoy, who teaches securities law at the University of Connecticut. “That just pumped more capital into a very unregulated market that has turned out to be a disaster.”

Nonetheless, when the crisis hit in the Fall 2008, the financial world seemed to be blind-sided. “It’s a new financial world on the verge of a complete reorganization,” said Peter Kenny, managing director at Knight Equity Markets in Jersey City, New Jersey.

But was it a new financial world? In many ways, looking back to the Panic of 1826, we see ourselves looking back at us. Both were defined by financial innovations that seemed to defy the natural law of risk and reward, by promising a high yield and low risk. Both crises fooled investors into believing that transferring risk is the same thing as removing it. Both crises were made worse by the good intention that lending money to people who can’t pay it back is good for society. Both crises proved it’s not.

In our time, the implosion of the subprime lending market “has left a scar on the finances of black Americans,” the Washington Post reported in 2012, “that not only wiped out a generation of economic progress but could leave them at a financial disadvantage for decades.” (HUD.gov studies reveal that African-Americans are one-and-a-half times more likely to have a subprime loan than persons in white neighborhoods.)

Like the comprehensive financial reforms made after the 1826 panic, we can be reasonably sure that the numerous reforms issued after our own will fail to avert another crisis. This is because financial regulation cannot address the cause of financial crises that lives in our mirror. As long as there are borrowers who can’t see through good intentions, and take on more debt then they can repay, there will be financial crises.

Real financial reform means living within our means, and abiding by the natural law of risk and reward. With the rising default rate on student loans, the increasing popularity of sub-prime auto loans, I fear that we have not yet learned our lesson. I’m confident we will eventually, but like our predecessors, it may have to be the hard way. 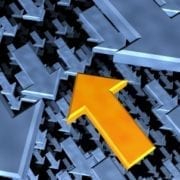 Control: What does it give you? What do you lose? Where is the real control? 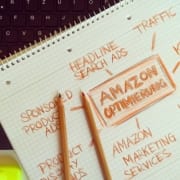 How to Start Selling on Amazon Again 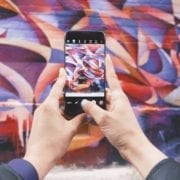 How to Use Social Media to Market Your Interior Design Business 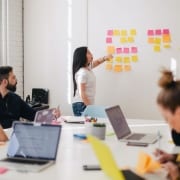 I Want to Start My Own Business But How? 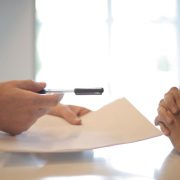 What You Need To Know About A Small Business Loans In 2022?
0 replies

Click here to see all of our StrategyDriven Service Providers…
Do you want to push your solution? Or implement creative, collaborative cha...

The Big Picture of Business – Becoming a Legend
Scroll to top