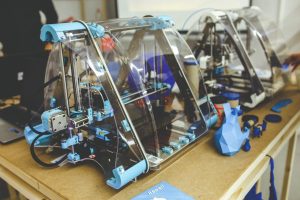 Packaging and transporting the product is as important as manufacturing it. Since ancient times, people have been wrapping things for different purposes using variegated materials such as leaves, tree barks, cloths, etc. The novelistic invention of a 3D printer has revolutionised many sectors and finds utility in every field. Now, it is being used by packaging companies to their advantage.

What is Additive Manufacturing?

It is nothing but the industrial name of 3D printing. It is a process that helps in materialising a definitively defined digital idea into the physical world. We can understand the process of 3D printing into two steps, such as: –

There are three main types of 3D printing: –

The third method of 3D printing is used widely in packaging. Thermoplastics are used mainly as raw material in 3D printing on the industrial level. They can be remodelled many times by heating without causing any chemical change. Other plastics such as PLA- Polylactic acid, ABS- Acrylonitrile butadiene styrene and PVA- Polyvinyl alcohol plastic are also used, including powders, photopolymers, ceramics, and metals.

The general process of 3D printing can be divided into four steps: –

Use of 3D Printing in Packaging

3D printing techniques have many advantages over traditional packaging methods. It is most effective in supplying packaging material when the demand is not high, and manufacturing needs to be very limited. It avoids the wastage of finished goods that are produced in a batch that is not required.

Moreover, there is no need for creating the raw material of the desired specification and density through the extrusion process. 3D Printing can do the same; thus, it can allow personal packaging too. It means that even a single object with a customised structural design can be made without creating or altering any mould. Packaging the product is as important as the product itself. It defines the brand value and identity when it comes to accumulating sales and maintaining a customer base.

Traditional packaging methods use subtractive production methods. Most of the raw material gets wasted due to its inefficiency. But with 3D printing’s additive technology, we can use as much as we want. As a consequence, we can curb carbon emissions.

FDM is the most widely used 3D technology that helps manufacture 3D printed moulds for thermoforming or vacuum forming, though it is a little simplified. Plastic is heated to make it soft, and then it is pressed against a mould in a vacuum for the desired shape.

For instance, 3D printed moulds made of plastics are used to encase toys in a PTEG shell. The plastic sheet is vacuum formed through FDM tools. It also used traditional materials such as HIPE and ABS.

There has been a surge in marketing strategies being modelled around making personalised products and services for customers. It is a fool-proof strategy for generating sales. Many established brands have been employing this to their benefit, such as: –

Therefore, manufacturers offering personalised packaging and limited-edition models will surely benefit from this. The technology is emerging as a boon for manufacturers as they can break free from the limitations of mass production. For instance, it has become easier for brands to give custom-made products as per their customers’ desire at lower costs. The technique has become affordable and immensely sustainable for the environment. Therefore, it is touching the sky by leaps and bounds.

Use a Multidiscipline Team to Develop the Performance Measurement System