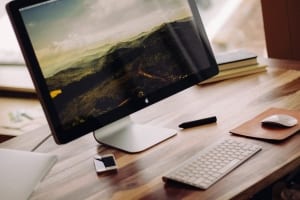 Mac owners often find themselves being thankful for choosing the device they own because of the premium look and feel and amazing features that the brand offers. But you cannot expect perfection even from the best brand and model. There are chances you may experience a slowdown with the system once in a while. Most probably, it happens because of something you do (or don’t), rather than a glitch with the device. It makes sense to know the exact reason why your device may be running slow before addressing the concern. Here are the possibilities you can explore with Mac.

You keep putting off updates

Users often end up putting off system updates even though the computer consistently alerts you about installing them. If you have been doing so, you can expect the Mac to lose performance sooner rather than later. Ideally, you should install the update on the first alert. If you have postponed one for long, make sure that you check the recent one from the App Store and install it right away.

The hard drive is too full

Tons of files and photos in your hard drive can clutter it and result in a slowdown for your Mac. Slow performance is an indication that you are reaching the limit with the storage capacity and must take quick action to clear it up. Assess the files and photos in the storage drive periodically and purge the ones you no longer require. You may consider backing them up on an external storage device in case you may need them in the future.

You are running too many apps simultaneously

In a perfect world, users would want to multi-task, working on files while browsing the internet and listening to their favorite music on Spotify. But if you want to find more about taking your Mac ahead on the performance front, this habit would emerge as a killer. Steer clear of doing too much at once as it will eventually take a toll on the system’s speed. Close all the tabs and apps that are not in use and avoid running ones that are resource-intensive. You can check the facts by accessing the Activity Monitor and seeing the apps that are using up maximum memory.

The cache is overloaded

Besides loading your Mac with too many files and apps, running it with an overloaded cache is another factor that can affect its performance. Over time, the cache fills up with temporary files picked from the websites you visit while browsing the internet. Although this is meant to speed up the browsing experience, cache files end up slowing down the system. It is advisable to clear Mac’s cache regularly to keep it at an optimal level of performance.

More often than not, you end up doing these things with your Mac without even realizing how far they can go in causing a slowdown. It is advisable to follow the best practices for Mac usage so that you get only the best from your device and never have to struggle with performance issues.