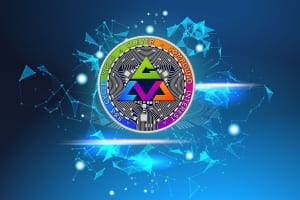 It has recently proved false to believe that saving money in the bank is the only way of achieving financial independence. Banks pay low-interest rates that mostly depreciate money saved in the bank over time. Also, conventional and better investment prospects stocks and ETFs deliver less than 10 percent of investment interest annually. To solve this issue CLEVER DEFI has become a buzzword these days. CLEVER DEFI is a decentralized network that guarantees users interest of up to 11% each fortnight in preserving their native CLVA token. CLEVER plans to create a crypto-ecosystem to guarantee the reimbursement of all users with a scheme that provides equity and interest over a DEFIned timeframe.

What is Clever DEFI and its Principles?

CLEVER DEFI is a (Decentralized Finance) Protocol that distributes AUTOMATIC PAYMENTS over 888 fortnightly cycles, which takes exactly 34.15 years for all CLVA to be minted on a pre-programmed routine cycle schedule. Up to 11% PAID FORTNIGHTLY in compound interest for all CLVA Token holders. Think of CLEVER as a smart digital way of STORE YOUR WEALTH, which pays a considerably higher rate than an obsolete bank account with little to no interest.

It indicates that CLVA Token holders can build an extended environment for CLEVER DEFI over a long period. Furthermore, after its initial launch, the cycle span of 888 cycles is automatically inserted into the blockchain via smart contract and cannot be amended or changed. Set upon the ethereal network, the CLEVER PROTOCOL provides an exclusive smart contract that implements a decentralized distribution mechanism (DDM). The DDM also sets the minting number of the CLVA tokens and is responsible for distributing CLVA holders with interest payments. One of CLEVER DEFI’s key features is that users are not forced to lock their tokens for the payment of interest as other DEFI protocols demonstrate. Token holders can decide to sell or swap their tokens at any time without losing interest. For the tokens move, CLEVER does not enforce lock-ins and fines.

The DEFI industry is full of investors searching for the best yield-farming prospects. CLEVER provides holders some of the best ways to gain incredible returns on their portfolios. At the end of the first 12 months, investors who mint and keep CLVA tokens will have an interest rate of up to 307%. This is up to 445 percent in the second month and 600 percent about the other income-farming protocols by the end of the fifth year of holding. In terms of average annual returns over 10 years, CLEVER is over 60 percent above common Bitcoin cryptocurrency.

Compare this with other yield farming protocols in the DEFI industry and put CLEVER DEFI at the forefront of the list. The average annual interest rate for token holders is calculated at 80 percent per annum across a ten-year timeframe. This goes way beyond other financial assets, including top assets such as ETFs and Bitcoin, which accounted for less than 15% in a decade. This allows investors to gain higher returns from CLVA Tokens than other traditional financial assets.

CLEVER runs a zero supply scheme in which the CLEVER Team does not have tokens pre-mined or pre-owned. During the minting, stage are all tokens generated on the CLEVER smart contract. CLEVER is thus immune to price manipulation and guarantees true transparency in its environment. This process CLEVER uses a different way of rewarding the development team, unlike other DEFI systems, where founding teams dump their token after launch. Every cycle is sent to the CLEVER team for production and overall blockchain maintenance of 0.1 percent of CLVA tokens.

CLEVER DEFI has well-defined token omics that guarantee no unreasonable returns to retain its native CLVA token. That is important because the DEFI industry is filled with shoddy token omics that hinder the creation of these projects in the long term. A total of 1 trillion CLVA tokens will be generated in the 888 cycles by CLEVER Decentralized Dynamic Mechanism (DDM). The CLEVER Smart Contract incentives often reduce the per period and are intended to reduce inflation.

CLEVER DEFI provides robust and decentralized services through which users manage their funds fully. No compulsory contract requirements exist and before earning interests, users are not forced to enter a staking phase. With its DEFI services, CLEVER DEFI is hitting the nail on the head. No unrealistic claims or faulty token omics exist. A framework that offers interests based on routine cycles is well supported by the DEFI platform.