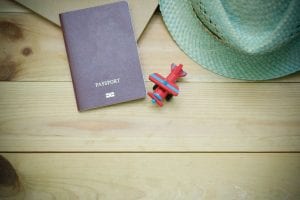 China’s recent security legislation for Hong Kong, aimed at reducing the former British colony’s autonomy and bringing it more under its control, has brought widespread condemnation from the US, Europe and Australia, as well as human rights groups.

The UK prime minister, Boris Johnson called it “a clear and serious breach” of the 1985 Sino-British joint declaration, which was designed to protect certain aspects of Hong Kong’s autonomy and declared his intention for up to 3 million Hong Kongers to apply for UK residency.

Under the government’s plans, all British nationals overseas (BN(O)) and their dependants will be able to live and work in the UK for five years, and apply for citizenship after a further year. Here we look at the legislation and how it will affect you if you wish to apply for UK citizenship.

Why is the new security law seen as a concern?

Protests have been raging on the streets of Hong Kong for over a year now, initially against China’s legal bid to allow criminal suspects to be extradited to China. The bill was withdrawn in September, but violent clashes between police and protestors made the news all over the world.

However, this new security law, which came into effect on 30 June, includes a whole raft of policies that many believe to be the end of freedom of speech and the right to protest. It includes Beijing establishing a security office in Hong Kong, with its own personnel which will not fall under Hong Kongese jurisdiction, and powers to send Hong Kong cases to be tried in mainland China. Some of these trials may be held behind closed doors.

Before it was passed, Boris Johnson stated that the legislation “would be in direct conflict with [China’s] obligations under the joint declaration, a legally binding treaty registered with the United Nations.” Now the legislation has been passed, he is upholding his promise to allow any British national (overseas) passport holders to live and work in the UK for a renewable period of 12 months.

What are British nationals (overseas)?

Before 1 July 1997, when Britain handed over sovereignty of Hong Kong back to China, British overseas territories citizens by connection with Hong Kong, of which there were around 2.5 million, were able to apply for BN(O) citizenship.

This granted them certain rights, such as holding a British passport and visa-free access to the UK for six months. BN(O)s, however, are still subject to immigration control and don’t currently have the right to live, work, take up long-term study or have access to free non-urgent healthcare.

How do I apply?

There are around 350,000 BN (O) passport holders in Hong Kong and it’s estimated that another 2.5 million BN(O)s without a passport. All with be eligible to apply for citizenship.

The UK is creating a new visa for BN(O)s and their close family members. You will be able to apply from January 2021, whether you currently live in or outside the UK.

There are certain criteria you must meet to be eligible for the visa route, including that you have BN(O) status and are able to accommodate and support yourself financially for at least six months.

Once in the UK, you’ll be able to live, work or study for 30 months, which can be further extended by another 30 months. You will not be eligible for social welfare benefits, however.

Will I be able to relocate my business?

One of the main criteria for applying for the visa is that you will be able to support yourself. If you already have a successful business in Hong Kong, you may be thinking about the possibility of transferring it to the UK.

Immigration can be a complicated process, and if you’re wanting to relocate your business as well, you could consider consulting experienced immigration lawyers who can guide you through it step by step.

How many people will choose to apply the Hong Kong BN(O) Visa is yet to be seen, but it’s certainly a new chapter in the Hong Kong-UK relationship.