Recent government action ignited a new debate regarding the extent of Federal control over the marketplace. While some would collate the government’s degree of control to that of its spending, we believe this relationship to be inappropriate because purchasers exert indirect influence over an organization. Instead, we suggest the government’s direct control over an industry or organization stems from its majority ownership position or significant regulation of those groups. Therefore, we believe the Federal government controls approximately fifty-one percent of the nation’s economy as derived by its ownership and regulatory controls of:

“Now we have the federal government taking over ownership or control of 51 percent of the American economy.”

Why is all of this important?

Why should this be a concern for any business other than those directly involved?

Activist government participation in the marketplace suggests that politicians may take other actions to the benefit of those organizations the government owns. In fact, they already have. Aggressive attacks against a competing organization as was evident by the recent General Motors ad campaign specifically targeting its besieged competitor, Toyota, and the extensive public Congressional hearings involving Toyota executives over its cars’ sudden acceleration problem. None of Toyota’s other competitors waged ad campaigns specifically targeting the automaker nor was the government as publicly vocal when poor maintenance practices at one of its Tennessee Valley Authority coal plants created one of the worst environmental disasters in U.S. history on December 22, 2008.4

This past activism suggests politicians may be willing to aggressively seek to dictate terms to suppliers of its organizations; not only in the name of good business practice but for political reasons supporting those in government. Combined this with the fact that the Federal government exerts significant direct ownership and control over approximately fifty-one percent of the U.S. market and it becomes evident that government officials will influence a vast number of businesses within the United States.

In principle, these actions are not to suggest an organization not do business with the Federal Government, government controlled organizations or within government controlled industries. Rather, we suggest an organization not become overly reliant on the business transactions conducted with such entities in order to be able to resist government dictates over the organization’s business operations. Such standards, quantity, and pricing dictates do come from other large organizations such as Wal-Mart. Unlike these cases, however, politically motivated government officials are more likely to build in additional social program requirements as a part of their dictates thereby inflating a company’s overall costs and subsequently jeopardizing its ability to provide market competitive products and services to its other buyers. The only way to avoid such government intrusion is to ensure sufficient diversification exists in the organization’s financial support, supply chain, and customer base.

StrategyDriven is aware that several reputable organizations such as FactCheck.org and CBS have refuted the notion that the Federal Government controls fifty-one percent of the U.S. economy.6, 7 All of these organizations base their position on the fact that annual government spending accounts for approximately twenty percent of GDP. We respectfully disagree.

A purchaser, even a major purchaser, of an organization’s products and services exerts an indirect influential control over an organization. The greater the percentage of an organization’s output that is purchased, the greater the force of indirect influence that can be exerted. While the Federal Government’s twenty percent of GDP purchasing power gives it significant marketplace influence, this is not the type of direct control referenced in the assertion that the governments owns or controls fifty-one percent of the U.S. economy.

Direct control is very different. With direct control, an individual or institutes gains the authority to dictate the actions of the controlled business. Direct control comes from one of two means, ownership or regulation. Through its bailout purchase of a majority share of corporate stock, the U.S. Government has gained control over numerous businesses such as General Motors. Through the recently passed healthcare regulation, the government has dictated the product and service offerings and prices of numerous companies as well as the purchasing habits of all U.S. citizens within this space.

As always, StrategyDriven is not taking a position as to whether or not this degree of ownership and control by the Federal Government is appropriate. Instead, we simply highlight the consequences of these actions, namely that political forces will now intermingle with market forces to dictate the course of business. Given the extent of the government’s control over the previously private marketplace, this introduction of political drivers will have significant ramifications and warrants consideration and responsive action by business executives and managers. 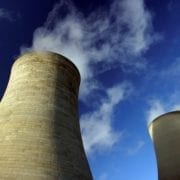 Nuclear Power is Clean, Safe, and Reliable… But Can It Be Competitive?
0 replies

Click here to see all of our StrategyDriven Service Providers…
Leadership Inspirations – Being Mediocre StrategyDriven Podcast Special Edition 31b – An Interview with Stacey...
Scroll to top