Business bases much of what it does on statistics. Most often, they’re financial numbers or sales goals. More importantly are the Big Picture statistics that affect every aspect of business growth and success. The way in which the bigger issues are interpreted has direct bearing on strategy and implementation.

Here are some of the most significant statistics that relate to your ability to do business:

Only 2% of the businesses have a plan of any kind. What many of them think is a plan include some accounting figures or sales goals. That is not a full-scope plan. Of the companies who continue to operate without a plan, 40% of them will be out of business in the next 10 years.

Only 2% of those who call themselves Consultants really are just that. That 2% includes all the doctors, lawyers, accountants and engineers… those of us who actually advise. Most so-called consultants are vendors who peddle what they have to sell, rather than what the client companies really need. The answer is for companies to utilize seasoned advisers, rather than coaches and other vendors.

Research shows that change is 90% positive and beneficial. Why, then, do many organizations fight what is in their best interest? The average person and organization changes 71% per year. The mastery of change is to benefit from it, rather than become a victim of it.

92% of all business mistakes may be attributed to poor management decisions. 85% of the time, a formal program of crisis preparedness will help the organization to avert the crisis. The average person spends 150 hours each year in looking for misplaced information and files. One learns three times more from failure than from success. Failures are the surest tracks toward future successes.

One-third of the Gross National Product is sent each year toward cleaning up mistakes, rework, make-goods, corrective action and correcting defects. Yet, only 5.1% is spent on education, which is the key to avoiding mistakes on the front end.

50% of the population reads books. 50% do not. Of all high school graduates, 37% will never read another book after formal schooling. Of all college graduates, 16% will never read another book. Thus, a declining overall level of education in our society and serious challenges faced by organizations in training the workforce. Yet, the holdings of the world’s libraries are doubling every 14 years.

Today’s work force requires three times the amount of training they now get in order to remain competitive in the future. 29% of the work force wants their boss’ job. 70% of corporate CEOs think that business is too much focused on the short-term.

The current success rate for organizational hires is 14%. If further research is put into looking at the total person and truly fitting the person to the job, then the success rate soars to 75%. That involves testing and more sophisticated hiring practices.

Retaining good employees, involving training, motivation and incentives, is yet another matter. According to research conducted by the Ethics Resource Center:

On any given day, Americans spend over $33 million buying lottery tickets. On that same day, 99 American families fall below the poverty line. 68% of Americans do not like to take chances. 5% of all Americans go to McDonald’s every day.

99% of American women think that contributing to or bettering society is important. 35% of Americans are involved in community service and charity activities. During the last 3,500 years, the world has been at peace only 8 percent of the time.

Small businesses really do drive the economy. Many people believe that businesses frequently fail because there are a large number closing every year. In 2009, for example, more than 550,000 businesses were opened, and more than 660,000 closed. This occurred during a recession. However, during an economic expansion, the number of new businesses would outnumber the closures.

Many people may not realize how many small businesses there are in the country. In 2011, the Department of Commerce estimated that there were 27.5 million businesses in the United States. Only 18,000 of those businesses had more than 500 employees, and the rest were considered small businesses.

29% are still in business at the end of year 10. And the biggest drop comes in the first 5 years, when half of startups go belly up. This shows that the odds are against startups staying in business. The internet home business success rate is only 5%.

What Could Have Reduced These High Costs:

Success is just in front of our faces. Yet, we often fail to see it coming. Too many companies live with their heads in the sand. Many go down into defeat because it was never on their radar to change.

https://www.strategydriven.com/wp-content/uploads/HankMoore2.jpg 333 290 StrategyDriven https://www.strategydriven.com/wp-content/uploads/SDELogo5-300x70-300x70.png StrategyDriven2014-04-04 06:32:092015-12-19 21:41:46The Big Picture of Business - The Statistics Tree: Understanding Figures and What They Symbolize, Relating Directly to Your Business Success

Who is taking responsibility around here? Nobody! 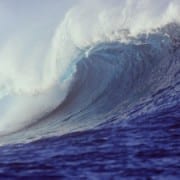 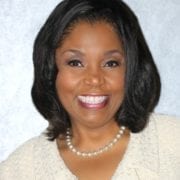 5 Ways to Regain Confidence & Courageousness When the Going Gets Tough 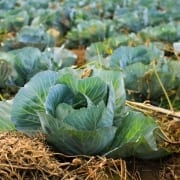 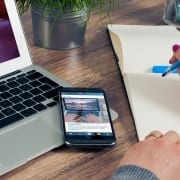 How to Create the Perfect Home Office