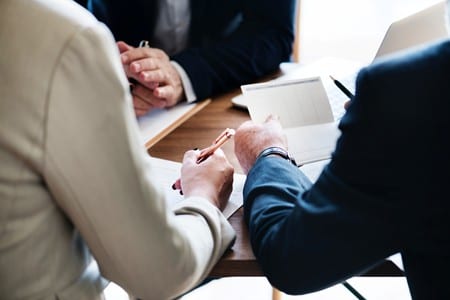 There are a number of compelling reasons that a new startup might seek to take itself public. Pubic companies, on the whole, usually have much higher valuations than private firms. They also have a patina of legitimacy and transparency that private companies lack. As a consequence, public firms often have access to many different credit facilities and financing options that private companies do not enjoy.

But the single largest reason for a private firm to seek to become publicly listed is in order to raise capital. When it comes to fulfilling this end, the usual route to going public involves an initial public offering, also known as an IPO. IPOs can confer great benefits on companies that are able to go through them. They are usually able to raise large amounts of capital that otherwise would never have been available to the firm that is going public. But IPOs also come with some steep costs and excessive risks. In this article, we’ll look at why a startup might not want to go with an IPO and how a company that still desires to become publicly traded can use what’s referred to as a reverse merger to get nearly all of the benefits of an IPO with almost none of the costs or risks.

One of the chief concerns that any entrepreneur may have when considering an IPO is that they are effectively selling their company. In this case, rather than the buyer being another individual or a company, it is instead the total investors who buy into the initial public offering. While this may sound a bit abstract, the consequences are very real in terms of ownership and retention of control. There are many instances where entrepreneurs take their companies public only to later end up being thrown off the board of directors or fired from other executive roles. In fact, this is precisely what happened to Steve Jobs at Apple, the company he founded.

This has a number of major advantages, many of which may not at first be obvious. The clearest advantage of taking a company public by acquiring another already-public company is that the principals of the startup get to retain nearly the same level of control that they enjoyed before the merger. At the same time, they can save tremendous amounts of money and avoid the huge inherent risks in attempting to take their company public through an IPO.

IPOs have huge costs and risks

Another one of the most compelling reasons that smaller startups may choose to go with a reverse merger rather than an IPO is because of the enormous costs and risks associated with initial public offerings. A typical IPO can take a year or more to complete. And going public always requires hiring a team of highly specialized mergers-and-acquisitions lawyers. The company will also need to hire an investment bank to handle the underwriting of the deal. Both lawyers and bankers are required on every IPO deal due to the sheer complexity that often arises. Because IPOs involve the complete restructuring of the company’s ownership, there are many details that need to be ironed out. Old debt holders need to be paid off and new debt is almost always issued, usually with complex seniority hierarchies and special debt instruments such as convertible bonds. The issuance of stock options, warrants and other special equity instruments are also common. In general, these are deals that only highly competent professional lawyers and bankers are qualified to handle.

Because there is always a significant risk of the deal not being completed, the majority of these fees cannot be structured on a contingency basis. This means that the company going public will have to foot the bill out of its cash flow and reserves. With such costs running into the tens of millions of dollars, it becomes impossible for the majority of small firms to foot the bill for these requirements. And worst of all, many IPOs never get completed due to market downturns. When this catastrophic result happens, it usually means that all of the time and money spent preparing for the IPO have been wasted.

On the other hand, reverse mergers can avoid all of these problems. Although it sounds somewhat exotic, a reverse merger is really a very simple transaction. It is simply one company acquiring another, usually paying in company stock. Another feature of reverse mergers, which is usually but not always the case, is typically that the acquiring company is worth vastly more than the target of acquisition. This means that a simple tender offer usually suffices to complete the deal.

Such transactions can be completed in as little as 30 days and for as little as $200,000 or less. Compare that with the more than a year and up to tens of millions of dollars that a typical IPO requires. Clearly the reverse merger is the superior option for the small startup on a cost-comparison basis alone. But there is an even more compelling reason why a startup might want to consider the reverse merger option.

Public companies are worth a lot more

A quick glance at a site like Empire Flippers will show that many solid internet businesses are only being valued at around the three-times-earnings mark. By contrast, many of the largest publicly traded tech companies that operate in the same industry as the private businesses for sale on Empire Flippers are valued at up to 40 times earnings. Such vast disparities in valuation may not be typical across all businesses and industries, but it illustrates the principle that public companies are often worth far more than private companies by virtue of the very fact that they are publicly traded.

This can become a powerful advantage for reverse mergers. Once a private company goes public, it may find that a few years down the road it is valued at three or even four times what it was as a private company. At that point, it becomes possible to raise massive amounts of capital without having to seriously dilute ownership. This is the real power of reverse mergers. And if the reverse merger has been carried out right, this is a result that can reliably be attained.

This article was written by Delancey Street, a nationwide real estate lender that provides private money loans to real estate developers. We use artificial intelligence to reduce the time it takes to provide borrowers with an answer by almost 200%.