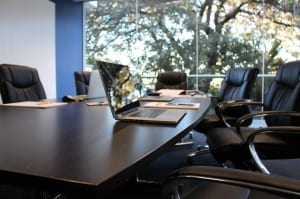 Most small to mid-sized businesses have limited sales potential. These companies are often founded to capitalize on a perceived market opportunity and grow over time until eventually the owner has a healthy, and profitable company.

However, owners often assume that an exit will be as simple as selling the company. Why? Because large exit sales are often in the news. One need look no further than Inc. or Fortune magazines to see the latest Silicon Valley unicorn company selling for 4-6X annual revenues, while being unprofitable. But is it fair to assume that a privately held, profitable company can produce similar results?

Unfortunately this is not the case. What usually happens is: The owner starts the company, the company grows, and within 7-10 years, a few acquisition offers are made. These usually aren’t good deals and the owner gets a tough lesson in small company valuation. Look no further than the “entrepreneur” and “start-ups” categories to see what it takes to build a successful company.

Let’s assume you started a digital marketing agency, a realistic example, given this industry is hot. It’s easy to start out as a solo practitioner and build a company as the skills from one’s career are directly transferrable, and overhead is quite low.

Over seven years the company develops a solid client base, grows to 16 employees serving 40 clients, with revenues of $2 million annually. If acquired, this company would realistically sell for $1.2 – $1.6M, a far cry from the 10X multiples seen in Silicon Valley.

The lesson here: A company is worth what an acquirer is willing to pay; the fact of the matter is that small- to mid-sized companies have limited sales potential.

Additionally, small companies present risks to outside acquirers, who are likely to merge the company into their business, which means culture change, clients will receive notice and may terminate, and some employees will leave. The long and short story adds up to a risky business.

What if there was a way to reduce that risk, preserve the company’s culture, keep employees and clients, increase company morale and improve performance by paying employees more without costing the business more? What would this do to the company’s valuation?

Selling one’s company to an ESOP, an employee stock ownership plan, does just that. Selling to an ESOP preserves company culture and increases productivity, which generally ensures strong future performance. This reduction in risk can take the $2M digital agency that would sell for $1.2-1.6M, and enable it to sell for $3.5-4M+.

While you’re not getting the Silicon Valley exit multiples of 4-6x revenue, it is realistic to exit at 0.5-1X revenue when sold to a third party. As part of that acquisition, expect about half of the proceeds to be tied to an earn out, which is a way for the acquirer to ensure delivery of the goods.

How does an ESOP work?

The short answer is, if you own a profitable company and a culture that is worth maintaining, the company is worth owning, particularly by employees. In an ESOP transaction, owners essentially sell stock, whether some or all, to employees. Employees now participate in company profits, which can be significant financially, and the owner gets partial or full liquidity.
Often these transactions are underwritten by banks, which prefer to lend to ESOPs due to the record-low default rates.

Jack Ogilvie is a founding member of Legacy Press Ventures. After selling his previous company, Techwood Consulting, to an ESOP, Jack started Legacy Press to help others do the same. You can learn more about his company here.