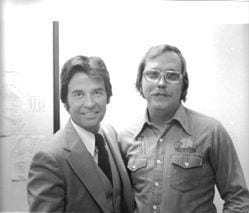 The passing of Dick Clark brought about widespread nostalgia and cultural interaction in our culture. Those of us who have known and worked with him will never forget his humor, his sense of fairness, his encouraging ways, the optimistic disposition, the gut instinct and the lasting impacts that he made on our later successes.

I started out my career by aspiring to be like Dick Clark. Thanks to great mentors, I learned to be my own best self, a visionary thinker and a repository of great case studies. I appeared on radio and TV with him, as well as on conference stages. It was he who encouraged your own leadership qualities, because your success ultimately honored him.

As a onetime radio disc jockey who evolved into a business guru, I offer this tribute to Dick Clark as a corporate and entrepreneurial study in excellence.

Dick Clark grew up working in a radio station in Utica, New York, perfecting the talk and the interest in music. He realized that music styles changed rapidly and that their cultural impact affected. When opportunity came calling, he was ready, willing and able. He replaced other DJ’s as host of a local bandstand show at WFIL-TV in Philadelphia, switching his musical emphasis from big bands and easy listening music to the emerging rock n’ roll. His bandstand show was a runaway hit and quickly was picked up by the ABC-TV network as a daily after-school show aimed at teens.

The success of ‘American Bandstand’ spawned a weekly TV music variety series from New York, ‘The Dick Clark Beechnut Show,’ which in turn inspired concert tours, ‘The Dick Clark Caravan of Stars.’ He appeared in movies, as a teacher in ‘Because They’re Young’ and a doctor in ‘The Young Doctors.’ He was clean-cut, respectful and mannerly, thus bringing legitimacy to rock n’ roll.

With the celebrity, he was hired to guest-star as an actor in TV shows such as ‘Stoney Burke,’ ‘Adam-12,’ ‘Honey West,’ ‘Branded,’ ‘Lassie,’ ‘Ben Casey,’ ‘Coronet Blue’ and ‘Burke’s Law.’ He played the last villain on the last episode of the ‘Perry Mason’ weekly TV series.

The 1963 move from Philadelphia to California launched Dick Clark Productions. Though ‘American Bandstand’ was owned by the network, he mounted what became a 50-year span of programs that he owned, produced and nurtured, including ‘The People’s Choice Awards,’ ‘Where the Action Is,’ ‘Live Wednesday,’ ‘American Dreams,’ ‘The Happening,’ ‘New Year’s Rockin’ Eve,’ ‘Academy of Country Music Awards,’ ‘Super Bloopers and Practical Jokes,’ ‘American Music Awards,’ specials, TV movies, game shows and more.

To go to his office and have meetings was like being in a museum. You sat at his desk in antique barber chairs, wrote on roll-top desks and enjoyed furnishings from nostalgic shops. Big band music played from a Wurlitzer juke box, and classic cars adorned the parking lot.

These are some of the principles that I developed myself but do credit being inspired by Dick Clark. I’ve taught them to others and shared with him as well:

Dick Clark liked to celebrate the successes of others. I’ve found that reciting precedents of successful strategy tends to inspire others to re-examine their own. Here are some other lessons that he taught us:

7 Levels of Mentoring and Lifelong Learning:

Truisms of Careers and Business Success:

I’ll close this tribute to Dick Clark with some of the songs from American Bandstand that have applicability to business strategy:

“Do you know the way to San Jose? In a week or two, they’ll make you a star. And all the stars that ever were are parking cars and pumping gas.” Sung by Dionne Warwick. Written by Burt Bacharach & Hal David (1968)

“Don’t you want me baby? You know I can’t believe it when I hear that you won’t see me. It’s much too late to find you think you’ve changed your mind. You’d better change it back or we will both be sorry.” The Human League (1982)

“What is love? Five feet of heaven in a pony tail… the cutest pony tail that sways with a wiggle when she walks.” The Playmates (1958)

“What’s your name? Is it Mary or Sue? Do I stand a chance with you? It’s so hard to find a personality with charms like yours for me. Ooh wee.” Don and Juan (1962)

“Each night I ask the stars up above, why must I be a teenager in love?” Dion and the Belmonts (1959)

“Wouldn’t it be nice if we were older? Wouldn’t it be nice to live in the kind of world where we belong? Happy times together, we’d be spending. Maybe if we think and wish and hope and pray, it might come true.” The Beach Boys (1966)

“I’ve looked at life from both sides now. Those bright illusions I recall. I really don’t know life at all.” Judy Collins (1968)

“I’ve found the paradise that’s trouble-free. On the roof’s the only place I know, where you just have to wish to make it so.” Sung by The Drifters. Written by Carole King and Gerry Goffin (1962) 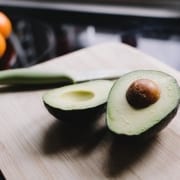 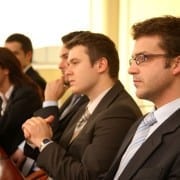 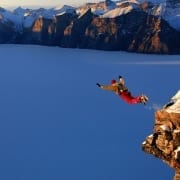 How You Can Protect Yourself as a Business Owner 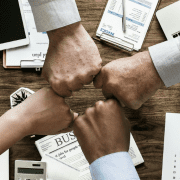 Virtual reality in banking. How are we going to visit the bank in the future? 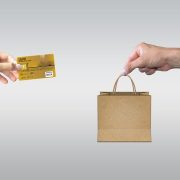 Tips on How To Drive More Sales

Click here to see all of our StrategyDriven Service Providers…
The Four Cornerstones of a High Performance Culture, part 4

Replacing the cold call with: ANYTHING!
Scroll to top