The Miami Heat just won the NBA title, and LeBron James, aka ‘King James,’ won the most valuable player award.

He completed a nine-year mission.

A reporter asked him what his first thoughts were. He instantly replied with a HUGE smile, “It’s about damn time.”

As most know, the game of basketball is a team effort and a team victory, but LeBron James’ individual performance ranks as one of the all time greats.

For the next week or two, there will be euphoric celebrations by players and fans alike. Parades, interviews, t-shirts, hats – you name it.

Then it’s time for the reality of ‘next year.’

Think about LeBron’s first eight years. Season after season, no championship. He made the finals twice, but got beat.

Fan discouragement pales in comparison to LeBron’s personal discouragement and frustration from not winning a championship. Pile on the media. Until finally last night… VICTORY!

It seems as though the entire sports world was relieved. Sure, there are plenty of people who don’t have LeBron James on their “like” list, but that’s predominately the result of petty jealously or envy.

QUESTION: How do you think LeBron is going to play next year?
ANSWER: With the quiet confidence of a champion.

It’s important for you to understand the confidence that’s instilled in your soul after you make that first big sale. It’s easy to see in others, it’s difficult to see in yourself. The only way you can gain it is to take the responsibility to make it happen – for you.

The Heat won as a team, but I guarantee you LeBron James is sitting there with a personal feeling of accomplishment that can never be explained, only felt.

There’s an old adage that says “there’s no ‘I’ in ‘Team.’” WRONG THINKING! A winning team is made up of superior individuals. Jack Ramsay, one of the greatest coaches of all time, says, “You coach the game and you coach the player.” He left out the word team and won championships because of it.

I have watched Jack Ramsay coach since 1963. From the time he was a coach at St. Joseph’s College, I have never seen a coach get more out of individual players. When the Portland Trailblazers won the 1977 championship, they had two great players, Bill Walton and Maurice Lucas, coupled with a bunch of mediocre players. They beat the Philadelphia 76ers (one of the greatest teams of all time), and beat them handily. Jack Ramsay was the primary reason. He coached those players to victory and as a result the team won.

Have you reached ‘championship mentality and qualification?’ Ask yourself these questions…

HERE’S A CLUE: Win one. Win a BIG ONE. Win a big sale, and your confidence level to win the next one cannot be measured. It’s off the chart.

Champions do not start out that way.
First they work their ass off.
Then they win.
You?

(LeBron’s postgame interview – an interview I believe every salesperson on the planet should download and put on their playlist once a day, can be found here http://bit.ly/L48nq7.) 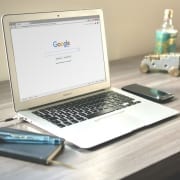 How to Prepare Yourself for the Executive Chair 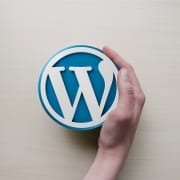 Should a Custom WordPress Web Design Be Important to Your Business? 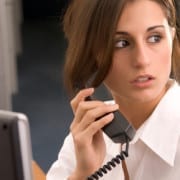 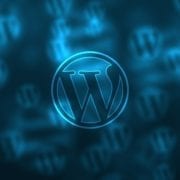 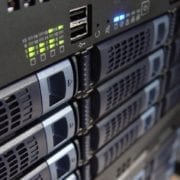 How to Avoid a Business Data Breach

Click here to see all of our StrategyDriven Service Providers…
The Big Picture of Business – Developing The Talent for Business to S...