For over 30 years, U.S. nuclear plants provided clean, safe and reliable electricity. Yet in the past 3 years, twelve reactors have been slated for early retirement and another dozen are at risk. Can nuclear plants be operated competitively in today’s market?

An evolving energy market, led by cheap natural gas and subsidized renewable generation, threatens the long-term financial viability of America’s remaining nuclear power plants. Since 2013, utility executives have announced the early retirement of twelve reactors and Wall Street estimates reveal another dozen to be at risk; raising the question: Can nuclear plants be operated competitively in today’s market?

Over the past three decades, the U.S. Nuclear Industry achieved unprecedented levels of safety and reliability; providing almost 20 percent of all domestic electricity and generating 63 percent of America’s carbon-free power. Unlike other clean energy sources, nuclear power is available during all weather conditions, offers price stability, and on-site long-term fuel supplies.

Competition from cheap natural gas and subsidized renewable generation combined with rising operations and maintenance costs stemming from a slew of new regulations and aging equipment challenge the long-term financial viability of nuclear power plants. In its recent news release, Exelon cited a combined loss of $800 million in the past seven years – an average of about $57 million per station per year – as the reason for shuttering its Clinton and Quad Cities nuclear plants.

“Our team of seasoned nuclear executives sought out and adapted contemporary business practices for the nuclear environment,” explains Nathan Ives, StrategyDriven’s Chief Executive Officer. “The result is an initial set of organizational, process, and technology changes that preserve operational safety and reliability while at the same time dramatically reduce costs.”

StrategyDriven’s cost reduction initiatives and identification method are captured in Four Overlooked Controllable Costs that could save nuclear plants from early retirement. The document highlights 29 initiatives to reduce costs in the areas of Human Capital Management, Information Technology, Supply Chain / Inventory Management, and Oversight. StrategyDriven experience reveals many of these cost reductions to be implementable within 180 days and to possess similar payback periods.

“The idea is we are supposed to be adding zero-carbon sources, not subtracting or simply replacing by building to just kind of tread water,” Moniz said at a May symposium the department organized to discuss the industry’s economic prospects. “I think very few understand that nothing else comes close [to nuclear],” he added.

Four Overlooked Controllable Costs is being distributed to StrategyDriven’s clients, including some of the world’s largest nuclear utility operators. The white paper is available at: www.StrategyDriven.com/DNP. 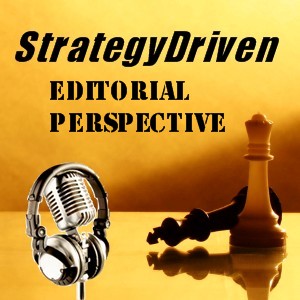 StrategyDriven Editorial Perspective podcasts examine the unnecessary marketplace uncertainty created by today’s headline events and the actions business leaders should take to ensure their organizations succeed under these circumstances.

In America’s Oil Addiction, we are joined by Lewis Reynolds, author of America the Prisoner: The Implications of Foreign Oil Addiction and a Realistic Plan to End It

. Lewis shares his thoughts on America’s seemingly endless need for foreign oil and the actions business leaders should take to strengthen their organizations while helping to end our addiction, including:

and this StrategyDriven Editorial Perspective podcast are the resources accessible from his website, www.AmericaThePrisoner.com.   Lewis’s book, America the Prisoner

, can be purchased by clicking here

Information related to America’s oil addition as discussed during our conversation are available from the following sources:

“The term Peak Oil refers to the maximum rate of the production of oil in any area under consideration, recognizing that it is a finite natural resource, subject to depletion.”

An impressive representation of the peak oil concept has been captured by The Oil Age Poster.

Lewis Reynolds is author of America the Prisoner: The Implications of Foreign Oil Addiction and a Realistic Plan to End It

. Lewis has spent years as a financial advisor and consultant to a wide range of companies, particularly in the energy industry. His billions of dollars worth of transaction and advisory experience, background in economics, and passionate desire to help renew America’s promise provide unique perspective on our energy dilemma. Working with pioneer energy companies, he has gained inside knowledge of the technologies that can change our world. To read Lewis’s full biography, click here.