For the first time in this nation’s history, women are now the majority of the work force and what a force that is. As the number of entrepreneurial women rises, it is clear that this country’s economy can begin to move in the right direction as long as these women begin to be treated equally; however this isn’t the case. Just recently, the pay equity bill failed to pass that would ensure equal pay for women. On average in this country, women make $0.85 on the dollar compared to men- and that’s Caucasian women, it drops dramatically when you look at other Ethnic groups. This is a trend that we have to focus our efforts on to change.

According to “JOBENOMICS, A Plan for America” by Chuck Vollmer, small businesses are the backbone of the US economy. With more and more female entrepreneurs, it is vital that they are equipped with the tools to be successful. Vollmer shows that small businesses “generated 64% of all new jobs over the past 15 years…employ more full-time people…and are far less likely to outsource jobs overseas.” But small businesses are still suffering, even as the economy is recovering, which is why women play such a vital role in this turn-around. If female-owned businesses were to have access to more resources and tools, this would in turn have a massive effect on the state of the nation. Vollmer also explains “Several common misperceptions about small business are that they do not produce as many jobs, and are more likely to fail relative to big business. Neither is true.”

Women are also the most influential consumers. Contributing to the total $7 trillion in consumer and business spending in America, women influence 85% of all purchasing decisions, including half of products that would seem more oriented to men, such as automobiles, home improvement items, and consumer electronics. The impact that women have on this country’s market alone is substantial. For products related to home life, it’s been reported that moms represent a $2.4 trillion market. These statistics make women the key target audience for any successful business.

With such a large impact, women are truly becoming the leaders of the U.S. and as leaders, it is vital to be prepared, educated and equipped for the task at hand. This is why events such as the California Women’s Conference are such an essential part of helping women network, grow and be inspired to succeed in their ventures. Being a business owner can be a risk and risk is scary for most people.

Visionary and lauded business accelerator Michelle Patterson is President of the Global Women Foundation and The California Women’s Conference – the largest women’s symposium in North America that has featured esteemed First Ladies, A-List Hollywood celebrities, and high caliber business influencers. Michelle is also the CEO of Women Network LLC, an online digital media platform dedicated to giving women a voice and a platform to share their message. Michelle may be reached at WomenNetwork.com. 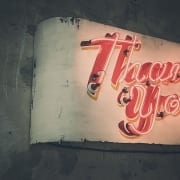 How to Add Character to Your Local Store 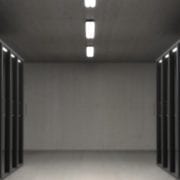 I’d rather have no advice than bad advice. 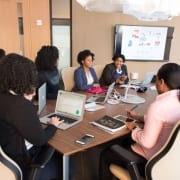 How to Give a Briefing that Impresses the Boss 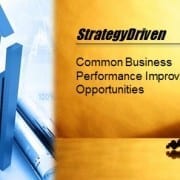