Business Know-How Comes From Experience – The Value of Life-Long Mentoring.

This article is about:

The year was 1959. I was the bright young disc jockey at a radio station. I was being groomed by my mentors to be a White House advisor, which I later became.

Colonel Harlan Sanders entered my life. I was 11. He was 65. I only met him once. He influenced my life. I later reorganized his company. I became him, after a fashion, since I am 65 now.

The Colonel had just founded a fast food empire called Kentucky Fried Chicken. He was heralded as an entrepreneur who was also a senior citizen.

My entertainment mentors were Cactus Pryor and Bob Gooding. The 24-year-old newscaster at the radio station was Bill Moyers. He told me that I must think like a world-class visionary, grow into the role and not just remain a radio DJ.

In 1959, radio stations used to do live remotes from advertisers’ locations. The first which I attended was at the Armstrong-Johnson Ford dealership. The second was at what was the fourth KFC franchise to open in the United States. It occupied one counter at 2-J’s Hamburgers, an established Austin restaurant, owned and operated by Ralph Moreland.

There I was on live radio, interviewing Colonel Sanders about his new business enterprise. Rather than discussing the taste of the food, I asked about his desired legacy and the Big Picture goals of the organization. Already thinking like a visionary then, I asked the bigger questions. I still ask them, while most people are more comfortable in discussing the trivialities.

The KFC empire grew, and a burgeoning fast food industry engulfed it. There became too many competitors, too much franchising, too much hype and just as many who exited the industry as quickly as they entered it.

Fast forward 20 years to 1979. I was retained to come in and analyze the strategy and structure of the KFC corporation, asked to recommend changes and improvements. That’s what I do for businesses of all sizes. I come in after the wrong consultants have given bad advice, after knee-jerk reactions to changing business climates had taken tolls on existing market players.

By 1979, there were other players dominating the fried chicken niche. Nationally, there were Popeye’s and Church’s. Locally, we had Frenchy’s and Hartz. And then there were the players in the burger wars, who were adding chicken items to their menus.

Over at KFC, the Colonel had long ago sold his interest to a corporation and remained on the payroll as a commercial spokesman. Colonel Sanders died in 1979. Meetings commenced at headquarters about the future direction of the company and the product. The corporate owner was a liquor company. Its CEO (John Y. Brown, later to become Governor of Kentucky) asked me to envision the overall future of the fried chicken industry, not just the KFC ‘brand.’

I commissioned focus groups. They verified what I already knew: that KFC had too much of a white suburban image. By downplaying the Colonel on the packaging and amplifying the taste of the food, we had opportunities to broaden the KFC appeal.

I opined that we needed to go after minority consumers and aggressively build stores in inner-city neighborhoods. To test the premise, I staged a focus group dinner meeting at a prominent inner-city church, eliciting ideas and insights. One resulting project was ‘KFC Kalendar,’ an advertising campaign that showcased community events and public service announcements to diverse communities. I wrote editions of the Kalendar for radio and newspapers. Its recognition and success evolved into the national ad campaign: “We Do Chicken Right.”

KFC was a watershed in my career (at that point 21 years long). It influenced what I’ve preached for the last 30+ years: determine who your stakeholders are. Learn all that you can about your customers, their customers and those affected by them. Extend your business model beyond what it once was and into new sectors. The branding does not drive the strategy but instead is a sub-sub-sub set of Big Picture strategy, which must drive all business disciplines.

Here is some closing wisdom, connecting back to 1959. I juxtapose my advice to some of the records that we were playing on the radio when doing that live remote from the grand opening of that early KFC franchise. These insights still hold impact on the business culture of today. These come from the Golden Oldies music of that era: 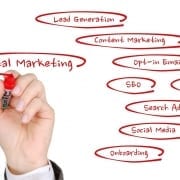 How to Formulate a Killer Marketing Strategy

Management Would be Easy if You Didn’t Have to Deal with People, part 2 of 3 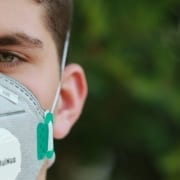 The Coronavirus Impact: How to sell your company to potential employees 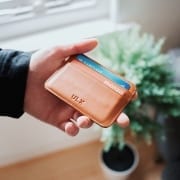 8 Steps to Building Your Business Credit

Recommended Resources – An Interview with Paul Leinwand and Cesare Mainardi, authors of The Essential Advantage