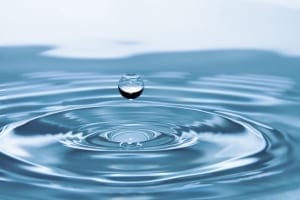 Everyone knows that water is critical for our existence. It covers approximately 71 percent of our planet and makes up around 60 percent of the human body. We use it to stay hydrated, keep clean, and as a fun way to cool off on a hot summer day.

Did you know you can also use water to impress your friends? It’s true! Learn some of the most interesting facts about water and you can “wow” them with just how smart you are.

Sound like a fun goal? Keep reading! You’ll be the smartest person in the room before you know it.

Some facts about water, like the ones mentioned above, are pretty cool. But, they’re also common knowledge. If you want to look really smart, you need to learn some amazing facts about water that are a little more obscure.

These 10 pieces of water trivia are a great start.

1. Most of the Earth’s Water Isn’t Drinkable

It’s true! Only about 1 percent of the water on Earth is drinkable in its present state. Although much of the planet is covered in water, it’s almost all saltwater.

In fact, only 2.5 percent of the Earth’s water is freshwater and 69 percent of it is trapped in glaciers and ice caps. While glaciers do melt and release some water during the summer months, it’s still not enough to bring this number above 1 percent.

With a powerful-enough stream, you can actually use water to cut through metal! A waterjet is a tool used in machine shops to slice through metal and leave a smooth, clean edge. It does this by harnessing the power of pressure – a waterjet has about 30 times the pressure of a typical power washer.

Other waterjet cutting benefits include simplicity, accuracy, and the versatility to cut through other objects like tile and glass.

3. Americans Use an Average of 300 Gallons of Water a Day

In the United States, the average family uses about 300 gallons of water per day!

The biggest culprit? Flushing the toilet. This accounts for 24% of our daily water use.

The other ways we use water each day include:

4. Half of All Bottled Water Is Just Tap Water

Are you a water snob? If you prefer bottled water, you might be completely wasting your money. Turns out, about 50 percent of bottled water is just tap water that has been purified.

You can do the planet (and your wallet!) a big favor by just getting a filter or purifier for your home and drinking the water that comes from the tap.

5. The First Water Pipes in the U.S. Were Made from Logs

Water technology sure has come a long way! You might not know that the first water pipes in the U.S. were made from hollowed-out logs. Artifacts have recently been found that prove that this was a common system in larger U.S. cities back in the 1700s.

6. It Takes a Lot of Water to Make the Things We Need

Water is necessary to create almost all of the things that humans want and need. The amount required is sometimes astounding. Check out these facts:

7. Much of the World is in a Water Crisis

This has caused a serious health crisis. Nearly a million people die each year from diseases related to water, sanitation, and hygiene-related diseases.

8. Women Carry Most of the World’s Water

In many countries, women and girls carry the responsibility of retrieving the water needed for daily living. In countries like sub-Saharan Africa, women spend a collective 16 million hours collecting water every day.

In Kenya, water collection accounts for approximately 4.5 hours of a woman’s average week. When women have to spend so much time meeting a basic need, it cuts into time that they could be working, expanding their education, or getting much-needed rest.

If you’ve ever tried to carry a bucket full of water, you know that it’s pretty heavy. Although there are factors that can impact the weight of water – like temperature, atmospheric pressure, and gravity – on average, one gallon of water weighs about 8 pounds.

The fact above only applies to water in its liquid state. Frozen water, also known as ice, weighs less by volume than liquid water. That’s why ice cubes float in your drink!

Keep Getting Smarter Every Day!

Now that you know the most interesting facts about water, you probably feel much smarter already. But, don’t stop there! We have plenty of great articles that can expand your knowledge even further.

Take a few more minutes to browse through our blog, then bookmark it and check back often. This way, you’ll never miss out on our best content. 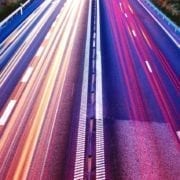 Driving Traffic To Your Ecommerce Site 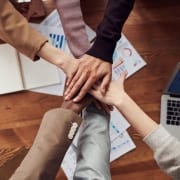 Leading by Looking Back 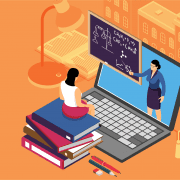 Before Enrolling In Any Online Course Checkout These 7 Aspects 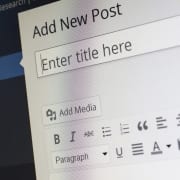 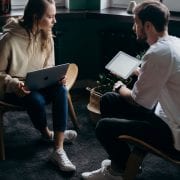 How to Maximize Your Online Visibility

Click here to see all of our StrategyDriven Service Providers…
Traditional vs Digital Marketing: Why You Don’t Have to Choose

3 Lowest Cost States to Start an LLC
Scroll to top